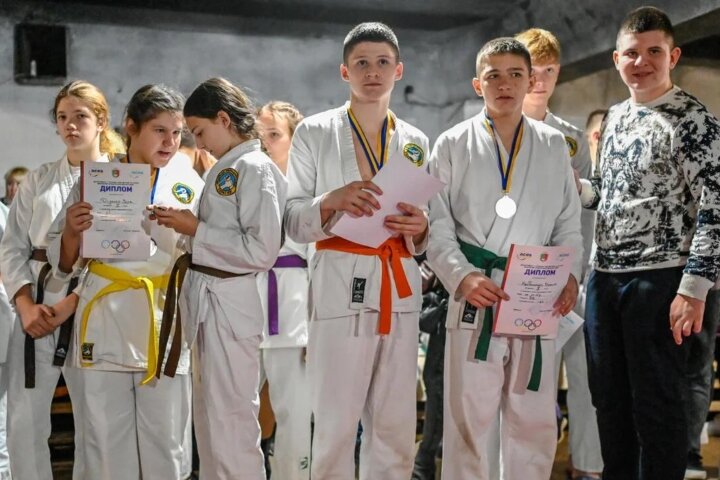 The town of Kryvyi Rih, located in the south of Ukraine, is trying to bring a sense of normality for children amid the ongoing war. Namely, they have organized a martial arts tournament in one of the Soviet-era nuclear bunkers.

The bunker was transformed into an arena and performance venue, which allows people to continue their activities despite the raging war. And the tournament itself featured a form of a hand-to-hand combat matches (very similar to Japanese Ju-Jitsu) for kids and teens, with their parents and friends watching the matches from the sidelines.

Town’s deputy mayor Sergiy Miliutin emphasized that this has been a much needed outlet for children, who haven’t been in classroom for a long time:

Kryvyi Rih is constantly shelled. And we were forced to transfer all education online.

But we needed an opportunity for people to rest and do sports and other things. So, we chose several sport shelters in which to hold events. In fact, a very large number of Ukrainian stars pass through this bomb shelter. A lot of people came and performed here.

According to France 24, the bomb shelters have been host to many other events, such as concerts and even comedy shows.