UFC’s Rodolfo Vieira Undergoes Medical Tests: “This Is The Toughest Day Of My Life” 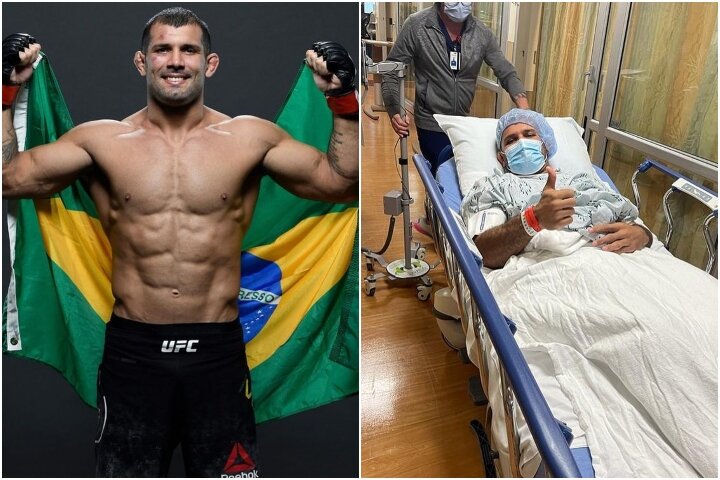 Rodolfo Vieira is one of the best-known and most beloved BJJ athletes in the world. And not only that; but he’s also one of the greatest grapplers to have ever competed in mixed martial arts as well. For instance, he holds MMA submission wins against the likes of Oskar Piechota and Saparbeg Safarov.
He currently sports a 8-1 MMA record and has most recently beat Dustin Stolzfus in July 2021, via Rear Naked Choke.

However, at the moment, it’s unclear whether Vieira will be able to fight again. Namely, he had to pull out of his scheduled UFC 270 match (which was supposed to take place in January), after brain tests detected something akin to an anomaly.
Last Tuesday, Vieira posted on Instagram that he was getting medical tests; more specifically, he underwent cerebral angiography, which detects abnormalities like arteriovenous malformations and aneurysms on the brain.

He’s facing some of the toughest moments in his life, as he said in an Instagram post (translated from Portuguese):

After months of waiting I just had the cerebral angiography I needed, everything went well. Now I’m here in the room waiting for the doctor to come and tell me what I really have and if I’m going to be able to continue fighting MMA.
Without a doubt today is the hardest day of my life. [But] whatever it is, I trust in my God and I know that He will do the best for my life as He always did!

BJJ Eastern Europe wishes all the best to Vieira – and hopes for his quick return to the octagon!