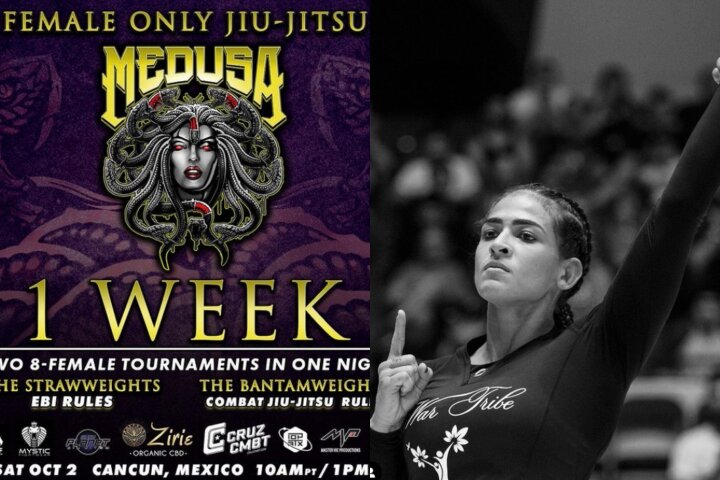 The Brazilian Jiu-Jitsu tournaments are getting increasingly bigger in numbers lately! And the excitement is closely following them; it’s been just a couple of days ago that it was announced that Gordon Ryan will return to competition in late October.
Now, thrilling news came up the forefront yet again: UFC’s athlete Gillian Robertson and ADCC champion Bia Mesquita will fight at a Combat Jiu-Jitsu tournament!

Robertson is a BJJ black belt under Din Thomas, with six submission victories in her professional MMA career. She currently holds a 6-4 UFC record… But isn’t a stranger to grappling tournaments either, having competed five times at the Submission Underground events.
Mesquita, on the flipside, is a 2017 ADCC champion. She’s also a seven-time (!) IBJJF world champion.

The two will compete on October 2 at “Medusa”, which is a female-only Jiu-Jitsu promotion. The event will showcase a pair of eight-woman brackets; where one bracket will be fought under Combat Jiu-Jitsu rules and the other under EBI rules.

Whereas Robertson and Mesquita will fight under the aforementioned Combat Jiu-Jitsu rules, the EBI ruleset bracket is going to be exciting as well. It will feature UFC’s flyweight athlete Vanessa Demopoulos, ADCC Trials silver medal winner Fatima Kline, and many other skilled submission artists.

A post shared by Medusa Female Only Jiu-Jitsu (@medusafojj)