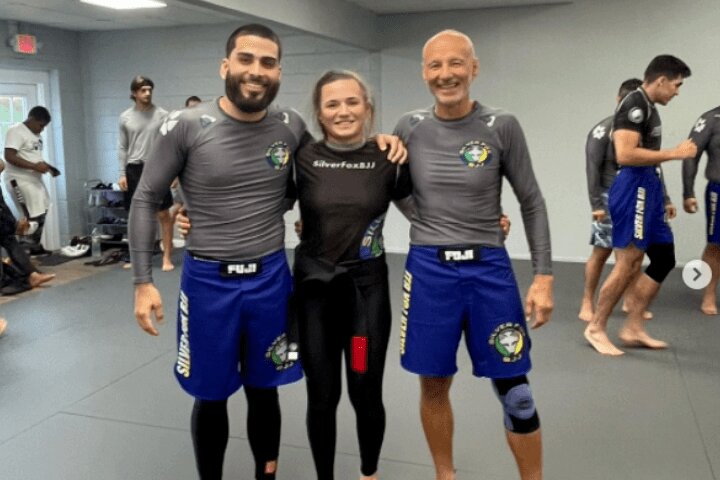 Erin Blanchfield is an UFC fighter and a Brazilian Jiu-Jitsu athlete, who was just 18 years old – and a purple belt (!) – when she won the EBI 12 championship title!
So it’s no wonder that she has now, four years after winning that title, earned a black belt from Karel “Silver Fox” Pravec himself.

Blanchfield shared the good news on her social media:

So what happened after her EBI 12 win, anyway? Well, lots of really great successes did! She went on towards a successful MMA career, first starting out under the “Invicta” promotion – where she had a 6-1 record. Following that success, she signed with the UFC soon enough.
Her first fight under the Ultimate Fighting Championship was initially supposed to take place against Nora Dumont back on April 10. However, now she will take on Sarah Alpar in September – as a part of the UFC 266 card.