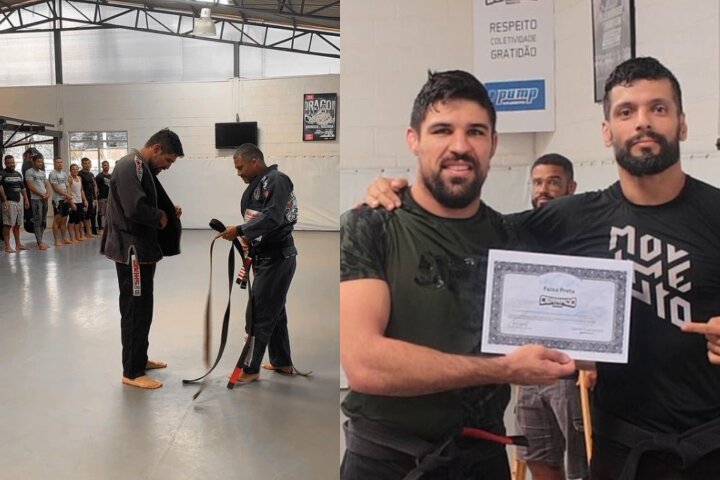 Vicente Luque is one of the most skillful submission artists in the UFC. The welterweight contender now has “proof” for that skill, too; earlier this week, he was awarded his black belt in Brazilian Jiu-Jitsu… As well as a black belt in Luta Livre!

Today I had this great surprise. Got my 𝙗𝙡𝙖𝙘𝙠 𝙗𝙚𝙡𝙩 in Jiu Jitsu and also in Luta Livre!! Big thanks to my masters @tocojj and @erikbsilva

Luque has been a professional MMA fighter all the way since 2009, and has – during his time in the UFC – compiled a record of 14-3. At the moment, he is on a winning streak of four fights; which includes a Darce Choke finish against both Tyron Woodley and Michael Chiesa. What’s more, Luque has had two more Darce Choke finishes in the UFC, as well as one Anaconda Choke submission!
He is currently ranked as #4 in the Welterweight division, but still hasn’t earned a title shot. However, given that Kamaru Usman has already KO’d Gilbert Burns and is scheduled for a bout against Colby Covington at UFC 268, Luque is supposed to be next in line for the title match.