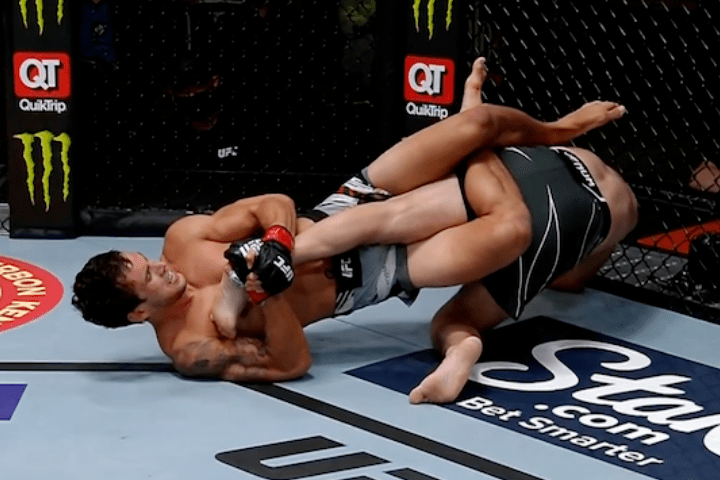 Claudio Puelles, UFC’s lightweight athlete fighting out of Peru, showed his grappling skills at UFC Vegas 44 prelims. At 3:25 in the third round, he pulled off a slick Kneebar finish against Chris Gruetzemacher!

Puelles was a favorite going into the match, so Gruetzemacher tried to get ahead in the very first minute. However, he went for an unsuccessful takedown attempt, which Puelles took advantage by getting on top. He stayed heavy and delivered a number of highly precise strikes.
Then, in the second round, it was Puelles who went for a takedown and ended up unsuccessful. Gruetzemacher stuffed the attempt and established top position. Puelles went for a Triangle Choke, but Gruetzemacher escaped it quite easily; after which the two athletes stood back up to their feet and exchanged some kicks. Then, they clinched up, and Puelles landed a couple of dangerous elbows in the last minute.

Check out the Kneebar finish by Claudio Puelles below: