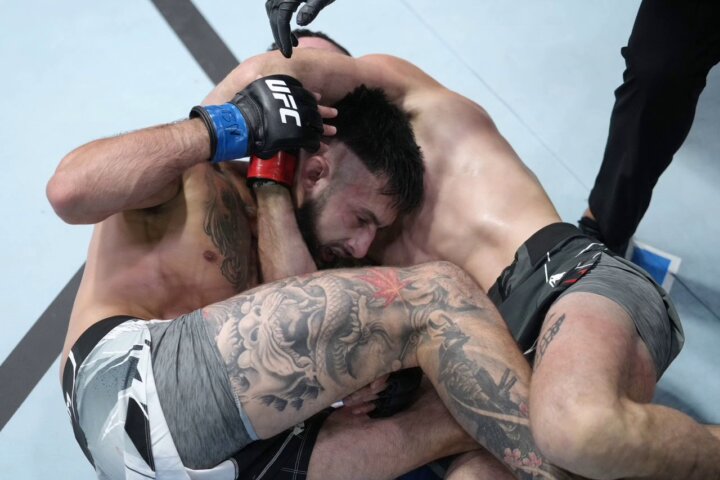 Julian Erosa took his grappling skillset to the spotlight at UFC Vegas 36. At 02:56 in the third round, he set up a slick Darce Choke and finished Charles Jourdain.

JUICY J gets it locked in TIGHT to end it! 🔒

Erosa took the fight on 10 days notice. The first minutes of the fight saw almost no grappling, with most of the exchanges between the fighters being on the feet. In the first round, Erosa delivered a fantastic combination while breaking away from the clinch with Jourdain, but was unable to capitalize before the clock went out.
The second round saw a different turn of events, as Jourdain dropped Erosa at one moment with a hard punch. And, even though Erosa got back up to his feet quickly, Jourdain led the round with his striking skillset.

Therefore, it was in the third round that Erosa turned the tables again, this time utilizing his grappling more. When he went for a takedown, Jourdain ducked down his head – and it was then that he applied the Darce Choke.
He fell to the canvas, tightened up the choke and locked his legs, forcing Jourdain to tap out.