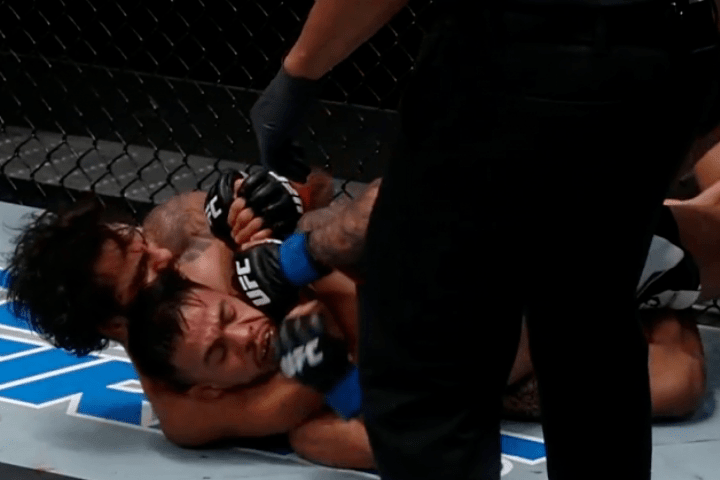 The “UFC Vegas 34” event featured some elite grappling display, including the one in a match between Alexandre Pantoja and Brandon Royval. At the end of round two, Pantoja secured a nasty Rear Naked Choke and finished the fight, moving himself to the 8-3 record in the UFC.

From the early onset of the match, Pantoja played to his grappling strengths. He closed the distance almost immediately, and dropped the match to the ground. Once on the ground, he was constantly advancing his position and attacking. He transitioned from Side Control to taking the back, while Royval was struggling to escape.
After some time, Royval managed to break free. Once back on his feet, he utilized his striking with shots to the body and a very skillful jab. However, Pantoja wasn’t holding back either; he hit Royval with several right hands that landed directly on the eye.

At the start of round two, Royval tried to impose an aggressive strategy. Pantoja avoided this and then closed the distance again, bringing the fight down to the mat once more.
This time, there was no escape for Royval. Pantoja set up a fantastic Rear Naked Choke and got the tap. You can watch it here:

How about THAT 😳 @PantojaMMA locks in the sub early in RD 2. #UFCVegas34 pic.twitter.com/hv7Fcf4XbN