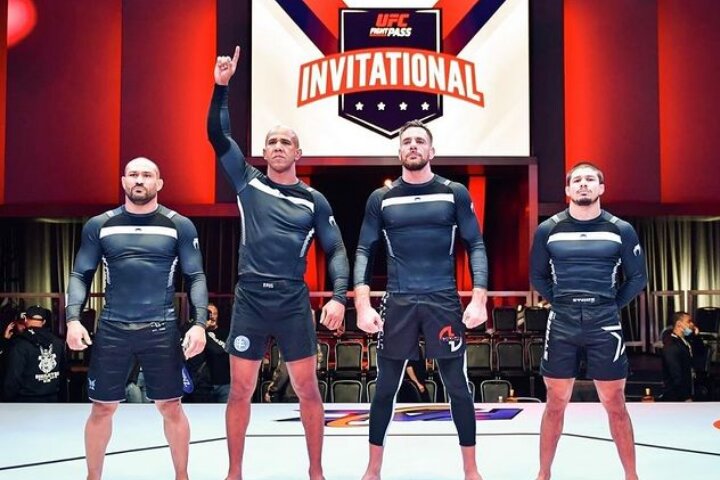 The first ever UFC Fightpass Invitational was superb! The event featured a couple of superfights and a four-team submission-only tournament that included a number of elite BJJ athletes, as well as former and current MMA fighters.
Team LFA, made up of Davi Ramos, Rafael Lovato Jr., and Ary Farias was the favorite in team competition. And deservedly so; they ended up winning the tournament and securing the $25,000 prize. Also, Benson Henderson – UFC’s lightweight champion – won via decision in his match against Ben Saunders, and Alexa Yanes secured a win against Danielle Kelly.

Check out the full UFC Fightpass Invitational results below.

This brave @UFC employee was willing to sacrifice his own well being to SAVE the match! #FPI1 pic.twitter.com/55wTlo5XgG

And Team @FuryFightingTX is headed to the finals! #FPI1 pic.twitter.com/99DkcTqsDR

Competitive match between High and Steele, but neither could get it done. pic.twitter.com/2rPxAkP7jv

And Shane Shapiro gets Bobby Green with the kneebar! #FPI1 pic.twitter.com/FpA0K2fIiD

Let’s see what the judges have to say! #FPI1 pic.twitter.com/IWQBjpqWMY

The crowd loves the escape from Shapiro! #FPI1 pic.twitter.com/hp8HD4IjGA