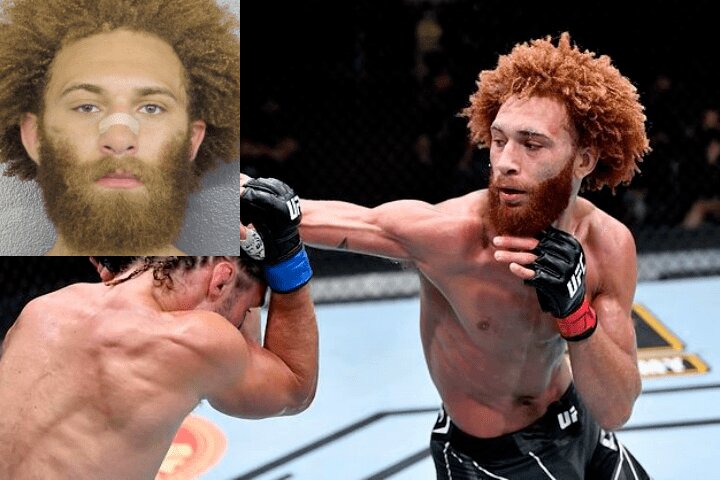 Luis Pena, the UFC’s lightweight fighter, has been arrested last Friday. He’s being charged with battery, robbery by sudden snatching, and criminal mischief after what’s reportedly been a fight with his girlfriend.

The ESPN reported (based on an affidavit that was taken from the Boca Raton Police Department) that on June 14, Pena took his girlfriend’s phone after accusing her of “looking at other men on Instagram.” Pena then threw the phone to the ground, breaking it.
The report states that Pena and his girlfriend then got into a physical altercation. That led to a small laceration on the woman’s lip.

The affidavit mentions that the police received a tip later that night saying that Luis Pena was going to return to her house, being in possession of a gun and a knife. When contacted by police, Pena declined to provide a statement and expressed plans to get a lawyer.

The police did a follow-up interview with Pena’s girlfriend. She reportedly told them that Pena punched her on the top of her head and left a lump. She declined to show the officers the reported injury.
When asked if Luis Pena had access to guns, the girlfriend said that she and Pena had been on a “Facetime” call a couple of weeks beforehand, when he threatened to kill himself and showed off a handgun.

Pena was arrested and taken to jail. He is currently waiting the transportation to Palm Beach County, where the arrest warrant for him was issued.