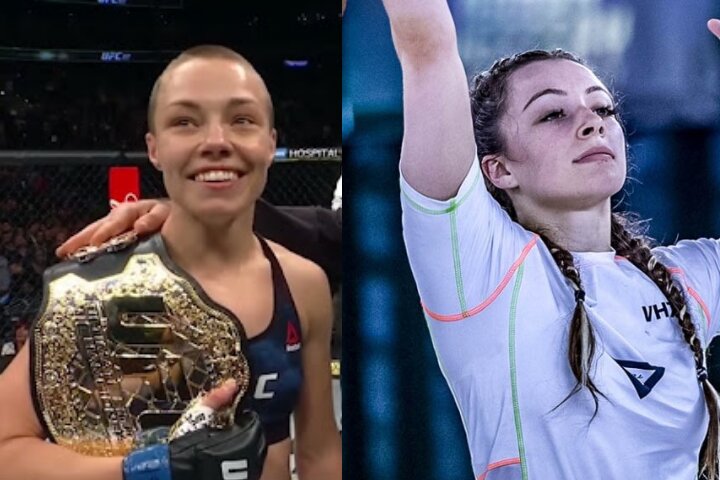 Just when you’ve thought that the end of the year couldn’t be more exciting grappling-wise… Another great matchup gets announced to prove you wrong! Fury Grappling just announced that their Fury Grappling 3 main card will feature a match between UFC’s Rose Namajunas and elite BJJ black belt competitor Danielle Kelly!

“Thug” Rose Namajunas is a UFC strawweight champion, who defended her title in November at UFC 268. And even though striking is what brought her fame and success for the most part, Namajunas is a dangerous grappler as well… 5 out of her 11 wins came way via submission!
Danielle Kelly, on the other hand, is an elite Brazilian Jiu-Jitsu competitor. A black belt under Karel “Silver Fox” Pravec, Kelly is known both for her takedown and ground skills. She is also a frequent competitor in grappling tournaments; for instance, she fought at Who’s Number One (WNO) multiple times. She’s also submitted Roxanne Modafferi, another UFC veteran, in 2020 (at Submission Hunter Pro).

Fury Grappling 3 will take place on December 30 (just in time for New Year’s excitement!) and will also feature other UFC fighters, such as Neil Magny, Sean Brady, Andre Petroski, and Patrick Sabatini.