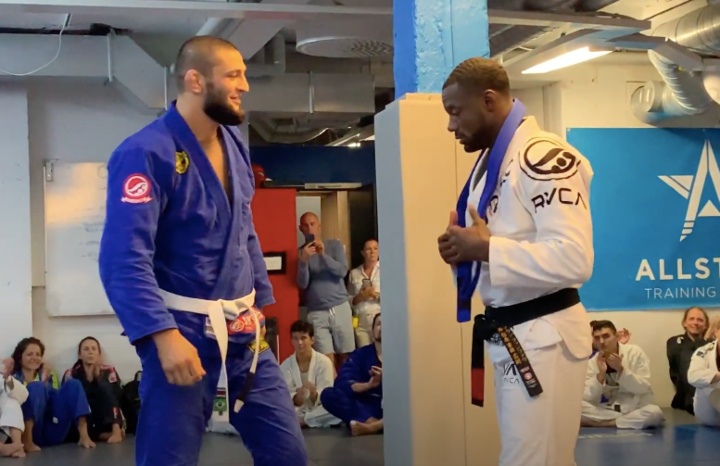 Chimaev has a rick wrestling background, as he wrestled for Swedish Wrestling club BK Athén. He easily won the Swedish national wrestling Championship in freestyle in 2018. He won his matches with a convincing 10-0, 10-0, 10-0 through the tournament and 7-0 in the final. Chimaev has won the Swedish Wrestling Championships in both welterweight and middleweight.