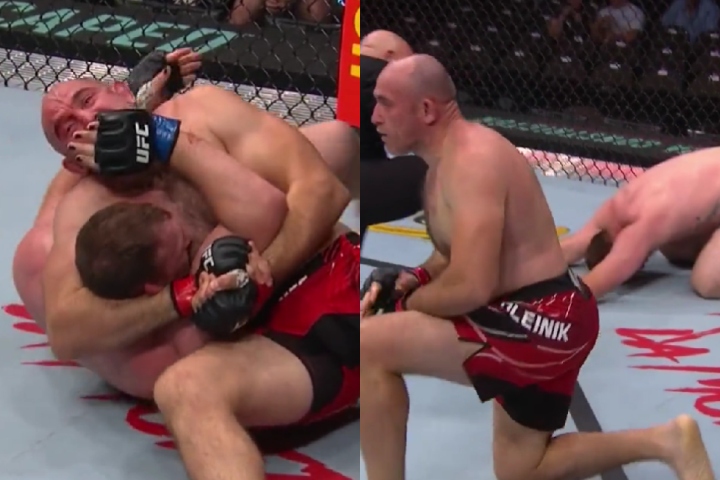 Aleksei Oleinik, even though 44 years old, has just managed to pull of his 60th (!) career win. At UFC 273, he tapped out Jared Vanderaa in the first round.
Vanderaa attempted to impose his own game against Oleinik in the opening seconds, throwing punches and even taking his back. However, Aleksei managed to reserve the position and acquire the feared Scarf Hold position. He squeezed hard and, after trying to resist for a little while, Vanderaa tapped out.

And not only that… But, according to the people who were near the octagon, Vanderaa vomited into a bucket after being submitted.
Watch the gnarly submission take place on the video below:

Nasty, isn’t it? And remember how this was Oleinik’s 60th career win? Well, 47 out of those 60 wins were earned via submission! And as far as the UFC itself is considered, this has been his 7th submission win, which is just one victory less than Frank Mir’s current heavyweight record of 8 submission wins.
Plus, Aleksei is far from bringing his career to an end. After emerging victorious, he told Joe Rogan that he plans to continue fighting for five or ten more years.