UFC 267: Teixeira Submits Blachowicz: “Never Give Up On Your Dreams” 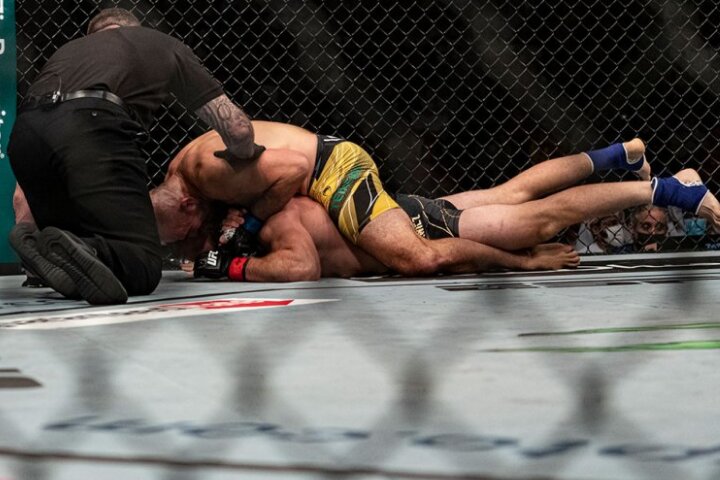 It was at UFC 267 where Glover Teixeira finally earned that for which he was working so hard during the last decade. He took on Jan Blachowicz during the fight night’s main event; and, after 9 years and 21 fights in the UFC, he finally got his light heavyweight title… At the age of 42!

Teixeira first went in for an early takedown, during the opening minutes of the fight. He placed Blachowicz onto the canvas and pinned him down there for the rest of the round, remaining in comfortable control throughout.
Then, when the second round came, he went on to further solidify his dominance in the cage. He first landed a huge left hook that rocked his opponent, which enabled Teixeira to end up on top of him yet again. From there, he worked on setting up a submission, which he ultimately succeeded in – getting a choke with Blachowicz being belly down and tapping out rather quickly.

HE DID IT!@gloverteixeira is champion of the world at 42 years old 🏆 #UFC267 pic.twitter.com/p4L5ibzk7P

After the fight, he gave an emotional interview, emphasizing that if you have a goal… You need to stay persistent and keep going, no matter what other people say. That way, eventually you’ll achieve that which you’ve set out to achieve.

“Never give up on your dreams. Believe in yourself, keep going forward.”