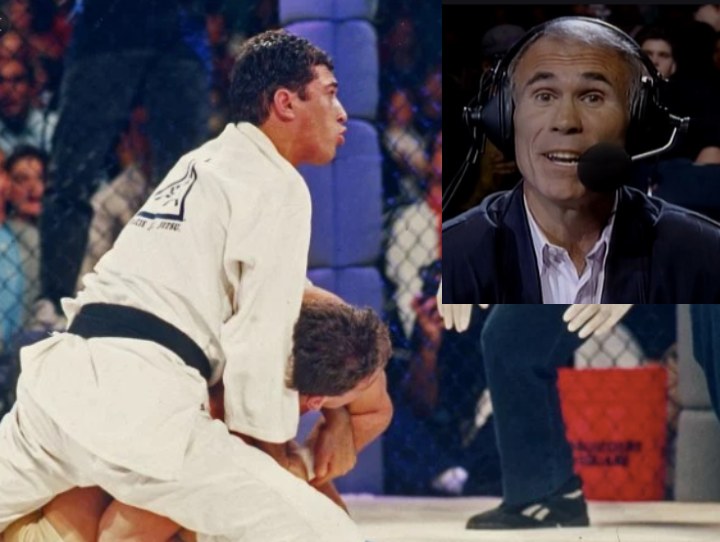 Karate Hall of Famer Bill “Superfoot” Wallace was a commentator on the first ever UFC event that was held in Denver, Colorado in 1993.

Gracie Jiu-Jitsu shocked the martial world when a skinny Brazilian by the name of Royce Gracie beat all his opponents without throwing a single punch. His game plan was to clinch, take them down and submit them on the ground.

Rorion Gracie created the UFC way back in 1993 in order to introduce the general public to jiu-jitsu. Royce Gracie wins over bigger opponents did just that and quickly turned the no holds barred competition into a sensation. The lack of rules and time limits ultimately became an issue and Rorion decided to sell his share to Bob Meyrowitz after UFC 4 when Royce Gracie vs Dan Severn ran so long the fans couldn’t watch the ending live causing one of the biggest gaffes in pay-per-view.

Ex-commentator Bill “Superfoot” Wallace reveals what happened behind the scenes of the first UFC in history and how the Gracies used some dirty tactics and rules changes to make sure that Royce would win.