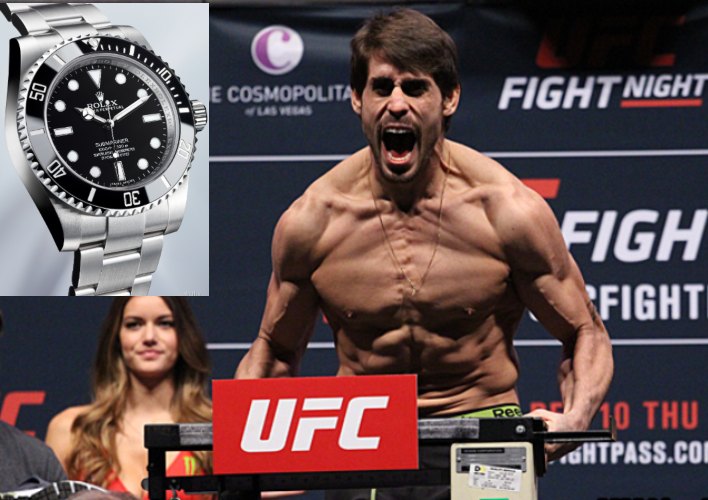 Brazil has always had a reputation as one of the most dangerous countries in the world. BJJ and MMA fighters are amongst the victims.

2 weeks ago, UFC champion Jessica Andrade attracted the attention of some robbers in Brazil.

Andrade was driving her a dark gray Honda HRV in Icarai with her wife Fernanda Gomes in the passenger’s seat when criminals stopped her and robbed the car and her smartphones, Gomes revealed on social media.

The BJJ black belt had his Rolex watch stolen at gunpoint, as he was sitting in his car in traffic.

“I was going to a photo shoot. We stopped at a red light in front of the JK mall when a man tapped on the glass with a gun. I was sitting in the passenger seat, all I heard was the noise and then I thought: ‘Oh, sh-t. I’m f-cked, there goes my phone.’ But the guy wanted my watch, which I gave to him right away. A police officer came from the other side of the road, pointing his gun at the thief, who fired in our direction while running away. One bullet hit the windshield, lost power and bounced on another car. Another bullet hit right between the doors, right in the middle of it. I was scared sh-tless, I thanked God that nothing happened. We were lucky we weren’t hit. It was a Rolex, man, it cost some money. It was used when I bought it, I had it for a while.”

“They couldn’t catch the criminal,” he said. “They said there is a gang who only goes after watches, no phones. There were three motorcycles. One stayed glued to us the previous turn, but we thought it was someone who had recognized us. Then I thought my friend could have done something dangerous, because I was on my phone and not paying attention. They told us that sometimes they will have a scout who stays by the mall, he’s the one who tells them what’s the car and the watch. We must be grateful for what we have. Last week there was Gabriel Diniz [a Brazilian singer who died in an airplane crash], he was my friend, you don’t know what tomorrow will be like. That’s a warning to the government. Public safety is faulty, we are unsafe out here. I had my phone, my watch, because living in the United States, you develop a habit of not paying attention all the time.”

Antonio Carlos Junior (10-3-1) was the 2012 Pan Champion at black belt. In his last UFC fight he lost to Ian Heinisch via unanimous decision, in May.