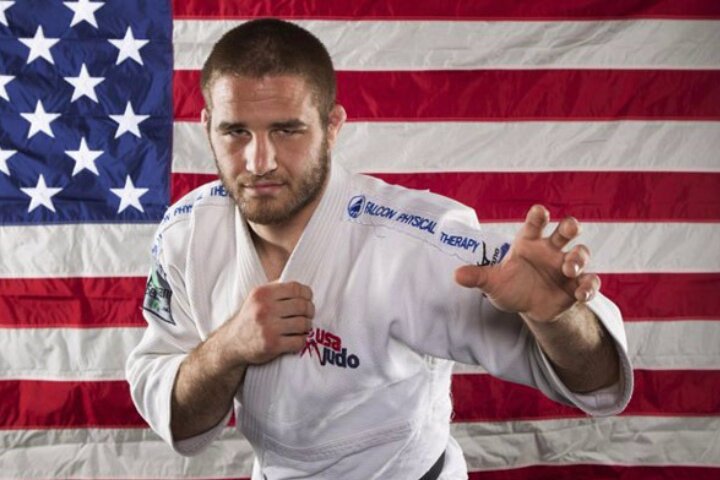 How good are your grips when it comes to Brazilian Jiu-Jitsu and Judo? Probably not as good as they could be – and they could probably use some tips from an Olympic silver medalist Judoka!
In a recent podcast episode with Lex Fridman, Travis Stevens explained fundamental gripping principles.

In the beginning of the conversation, Stevens explains what gripping actually is:

He continues to explain how body positioning is of crucial importance when gripping:

I can give you any grip you want, and you still can’t throw me. Because I can put myself in a position that nullifies your ability to use those grips in a successful way.
Hips, shoulders, chin position, head position… The angle of your foot, where you lean (are all important for body positioning).

Fridman then elaborated on his opinion how there are two types of Judokas who compete at the Olympic level; those who are mostly defensive and strategic about their approach – and those who go all out, the approach which most people prefer to watch as well.
Stevens shared his opinion about the topic:

I think that, when you look at the people who do Judo the best… Like, when we talk about the 10% of people who compete at the (Olympic) Games, and they do both (approaches) really well. But they favor one.
Because, if you look at the player like Liparteliani from Georgia for example, there’s a guy who “stands in the pocket”. But you can find numerous occasions where he’s, like, hustled people for a short amount of time in order to get out of scenarios. To elongate the match, to make somebody tired.

So, you want both sides of the coin. But you better pick the one which, like, 80% of your strategy is going to be built around.

Watch Stevens explain the gripping principles and much more here: