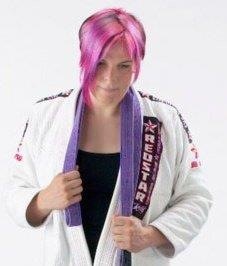 After Fallon Fox, the female transsexual MMA fighter who has recently been the center of much controversy, BJJ also has it’s own transsexual athlete and competitor: BJJ brown belt from Toronto, Canada: Alaina Hardie.

She has been very active in recent years competing in various female divisions in grappling and BJJ. A recent knee injury will most probably keep her out of future competitions though. Only recently has she done her public coming out. 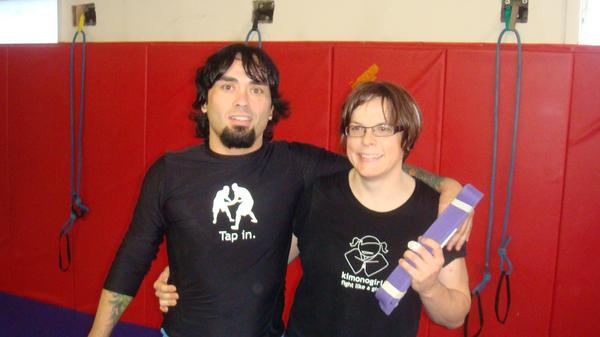 “I am, like Fallon, a transsexual athlete. I met Fallon when we both did the ADCC Trials in 2009. And at the time I had no idea she was transsexual, and she had no idea I was, either. I just thought she was like every other non-trans female grappler out there. Immediately I e-mailed her and was like, ‘Look, girl, I totally got your back. I’m also a trans athlete.’ And we had a little, brief conversation about it at that point.”

This is one of Alaina’s matches: