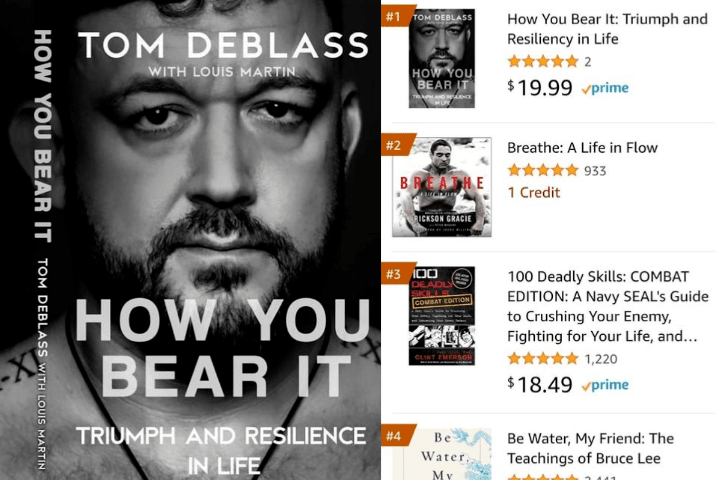 Tom DeBlass is one of the most well-known Brazilian Jiu-Jitsu athletes and coaches. He is a black belt under Ricardo Almeida, and is a successful BJJ and MMA athlete. However, at the moment, he is mostly focused on coaching superbly talented athletes in his “Ocean County Brazilian Jiu-Jitsu” academy. He’s also been the main organizer of the recent ADCC East Coast Trials.
However, a couple of days ago, he published his very own autobiography as well! And wouldn’t you know it – “How You Bear It: Triumph And Resilience In Life” reached the #1 bestseller ranking on Amazon.

DeBlass shared his feelings about the accomplishment on social media:

There are thousands of martial arts books on Amazon, they rank the top 100 daily. Yesterday mine was the number one best seller. That was a goal of mine, to be a best selling author, and we reached it the first day. However, I want to hit best seller overall, not just martial arts, and also the best seller on other platforms as well.

He received compliments for the autobiography from other eminent athletes, such as Frankie Edgar, as well as Gordon Ryan:

I haven’t personally read this yet, but I will tell you that Tom DeBlass was a huge part in not only my early technical development, but my early life as a teenager and young adult. He built me into a man. Still someone I look at as a father and a brother, someone id kill for or die for. This guy knows what life is like. The good and the bad.