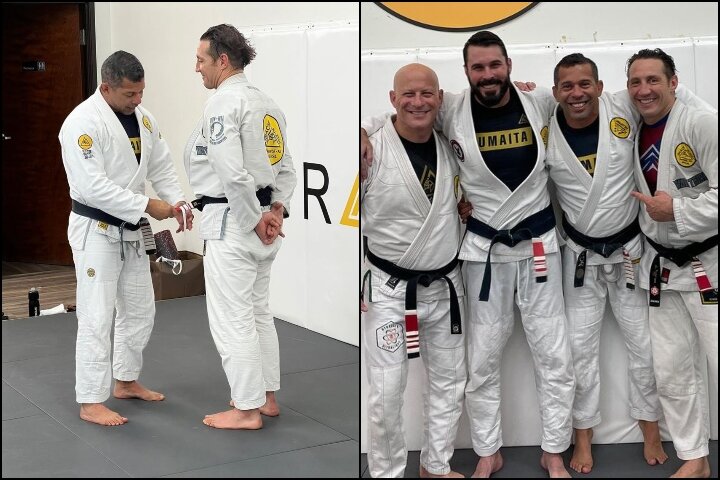 Tim Kennedy is a Strikeforce and UFC veteran, as well as a Green Beret and Special Forces Ranger. He’s also a Brazilian Jiu-Jitsu black belt, who’s recently been promoted to his 3rd degree!

Kennedy shared the news on his social media:

It was an honor to receive another stripe on my black belt from Paulo Brandao.

BJJ has been diluted, softened, and commercialized as it became more mainstream. As a child of the 80s if my sensei was displeased with me, sometimes I would get smacked on the side of the head with an escrima stick.
Things have changed. Some of it for the good and some for the bad. I plan to do martial arts until the day I die. But I also plan to keep it as pure as I can.

Kennedy has, among other things, also been vocal about the aforementioned “softening” of BJJ:

You go back to when Royce Gracie was beating guys who weighed 200lbs more than him; grabbing their hair, pulling them down into his guard and rendering them unconscious. Or Rorion on the streets of Brazil, taking on two or three thugs at one time. These guys were notorious and built the allure of Jiu-Jitsu.

Fast forward 20 years and guys do the nerdiest things in sport Jiu-Jitsu. I mean, b*tch, come out here and try to give that a roll – see if that works.

That’s what scares me: I don’t want what happened to taekwondo to happen to Jiu-Jitsu.