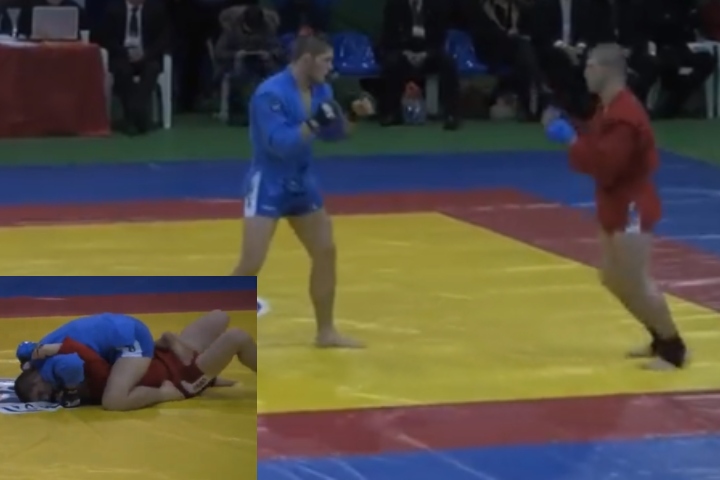 Khabib Nurmagomedov has retired from mixed martial arts back in the fall of 2020. Winning his last fight against Justin Gaethje, he retained the UFC lightweight title and earned the 29-0 record in his MMA career. And, although the UFC and the MMA community tried to “push” Nurmagomedov back to action, “The Eagle” stayed true to his word – and it’s extremely unlikely that we’ll see him fighting ever again.
Nonetheless, the MMA fans around the globe can still look back to his old fights to rekindle the flame they once felt while watching Khabib fight in real time… They can even watch him compete in Combat Sambo!

Blaine Henry, from the Fight Library, recently published a video on his Twitter account – of Nurmagomedov competing at the 2010 World Combat Sambo Championships.
Check out the clip below:

Watching the video, it’s obvious that Khabib’s rise to stardom began long before the UFC. The 22 year-old Nurmagomedov (in blue) gets taken down at first but, after some scuffle, manages to reserve the position and end up on top. Once there, he established Side Control; from which he took a brief moment to regain his composure – and then went for the Mount.
In the end, he set up a mounted Crucifix and followed up with annihilating ground-and-pound, knocking his opponent out cold.

Khabib won the -82 category gold at the World Combat Sambo Championships that year. Two years later, in 2012, he made his UFC debut.