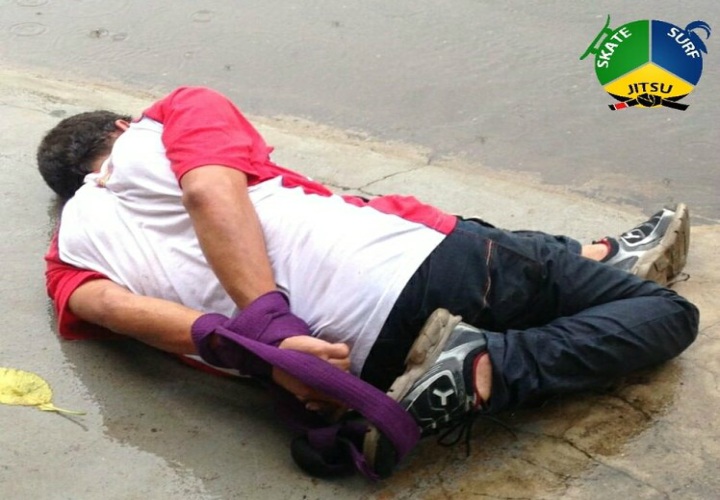 Whoever said that the crime does not pay off, was really right!!  A would be thief found this the hard way.  He attempted to rob a house with a screwdriver in the Gloria neighborhood of no other than – Jiu-Jitsu capital of the world – Rio de Janeiro.  To the thief’s surprised the residents – a couple – were there watching TV.  What the thief did not realize was the fact that the boyfriend was a Jiu -Jitsu practitioner and a competitor.

According to Brazi’s opopular.com.br, the things got bad to worse for the thief after the couple realized there was an intruder inside their apartment.  As the unlucky thief tried to flee, the Jiu-Jitsu practitioner was right behind him.  After a short struggle the thief was immobilized and tied down with the very same purple belt that the Jiu-Jitsu practitioner uses everyday!!

So don’t be that guy, go practice Jiu-Jitsu and catch your self a thief.

Written by Gench Gordo of skatesurfjiujitsu.com who reported from Rio. 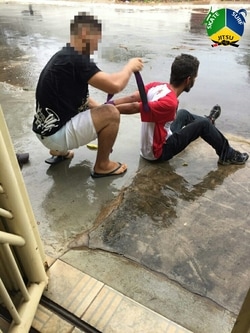