The Russian Grappler Paralyzed After Neck Injury is Doing Much Better 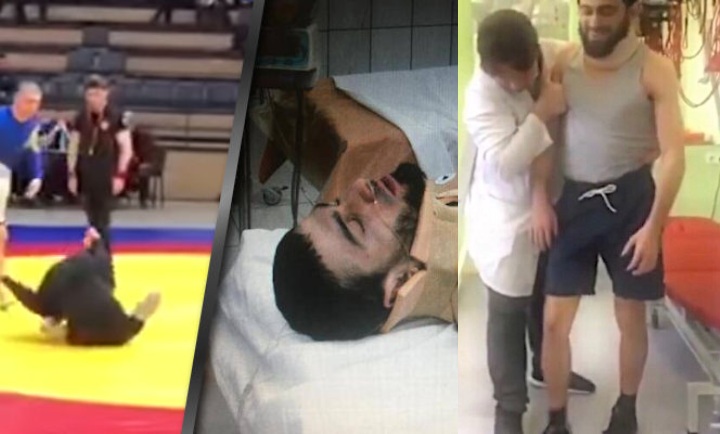 The tragic situation occurred during the Grappling Open World Cup , where a grappler from Dagenstan, Russia fell on his head during while attempting a flying armbar.  Paizutdin Aliyev fell on his head, and the terrible moment was captured on the following recording:

Russian media reported at the time that Aliyev suffered a craniocerebral trauma, cervical vertebral fracture, and spinal cord injury. Which meant that he would be paralyzed for the rest of his life.

Flying Submissions… Just Don’t Do Them

The recording caused a great stir on the Internet, and viewers were waiting for information if and when the Dagestan wrestler would get back on its feet. A month after the accident, we have learned from certain sources that Aliyev is working hard on his physical therapy and learning how to walk once again. He is facing a long road ahead but he has the heart of a lion and will get back on his feet :