The Difference Between ‘Regular’ & Dagestani Grappling: “If You’re On Your Back, You’re Losing” 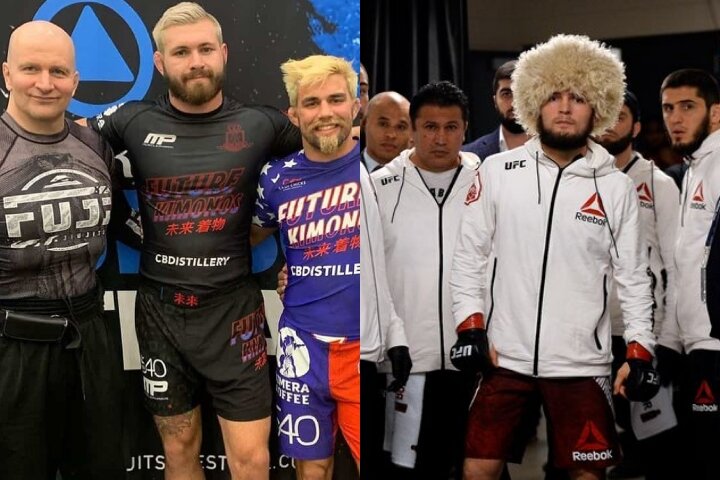 Have you ever wondered, what it would be like to grapple with athletes from Dagestan? If you have the chance to experience that, you should definitely go for it – because there’s nothing quite like it.

But for those who haven’t had a chance to experience it just yet, you can learn more about it from Belal Muhammad.
The UFC welterweight trained with Khabib Nurmagomedov, Islam Makhachev, and other Dagestani fighters as a part of his fight camp… And it sure was different.

He told Joe Rogan all about it:

I tell people: “If you’ve never trained with guys from Dagestan, with somebody from their team… You don’t know what it feels like.”
It’s not regular Jiu-Jitsu. It’s like quicksand; you’re in there, you think that you’re moving, you’re looking for a way out…

I’m really good at flow rolling and I was training with them my last camp and I was, like – I cannot move with these guys. None of them. Like, everyone on their team has that same style, same pressure on top.

When Rogan asked about the difference between “regular” and Dagestani grappling, Muhammad answers:

You know, when you’re rolling with somebody new, you’ll get a flow roll with them. You’ll play around to see how they’re feeling… With them, they don’t have that at all. They’re like: “I’m not gonna lose a round, lose a minute, when I’m going against you.”

This was our first time that we’ve rolled with each other and I’m starting out off my back. So, I’m trying to play guard and go for an Armbar and anything like that…

And Khabib’s just yelling at me: “Get up! We’re not playing Jiu-Jitsu! Get up, this is not Jiu-Jitsu, this is MMA, if you’re on your back – you’re losing!”