Than Le Promoted To BJJ Black Belt By Ryan Hall 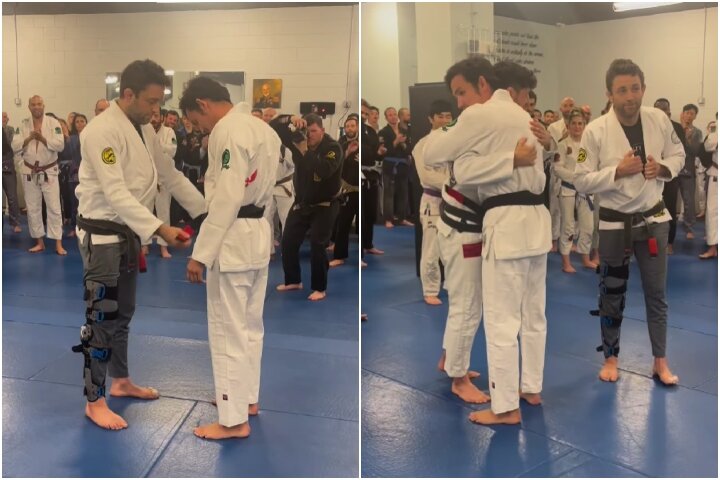 Than Le is primarily known for his meticulous and relentless striking ability, which he used to become a ONE FC Featherweight champion. However, he’s also a skilled Brazilian Jiu-Jitsu athlete, who trains at the Ryan Hall’s “50/50 BJJ” academy. And, well, it was yesterday that Le was promoted to the rank of a BJJ black belt!
Hall promoted him, while wearing what appears to be a strong knee brace (following his ACL surgery):

Fifty/50 black belt number 10. Had the honor of moving Than Le to a well-deserved final rank in Jiu-Jitsu tonight, surrounded by family and friends in a gym he has helped put on the map.

Than Le, currently the featherweight champion at ONE FC, sports an impressive 13-2 record in professional mixed martial arts. He became better known in the Jiu-Jitsu community after his recent fight against Garry Tonon; where Tonon attempted to Heel Hook him, but Le defended the Leg Lock impressively well – and then knocked out Tonon in a matter of seconds.
You can watch the entire match on the video below:
BJJ Eastern Europe congratulates Than Le on his BJJ black belt – and wishes him lots of success in the future!