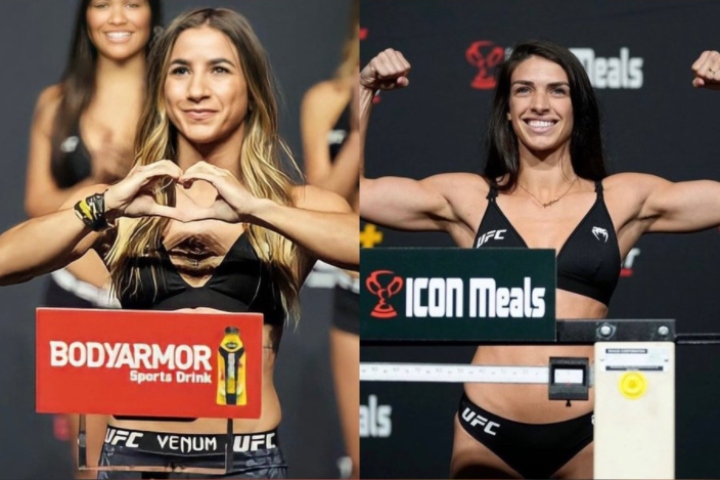 Mackenzie Dern has got herself a fight! She will take on Tecia Torres on April 9 (Saturday), at UFC 273. Torres, who is also in the top 10 strawweight contenders, shared the news on her social media:

Tecia Torres has fought in her UFC debut all the way back in 2014 and is regarded as one of the strawweight division’s most veteran fighters. She is currently sporting a three fight win streak.

Mackenzie Dern, on the other hand, has lost her last fight; in October 2021, to Marina Rodriguez, which put a stop to her four fights winning streak. Nevertheless, Dern is currently the division’s #5 ranked fighter, probably no more than two wins away from a title shot; and is one of the most dangerous submission artists in the UFC history.
Being the Wellington “Megaton” Dias’s daughter, Dern is an IBJJF gi and no-gi world champion… Plus, out of her 13 professional mixed martial arts fights, seven out of her eleven wins have come way via submission.

It’s to be expected that Mackenzie will try to rely on her striking against Tecia Torres more than before, as she did so – and was proud of doing so, even though she lost – in her most recent match:

It’s scary for a Jiu-Jitsu fighter to be in the hitting zone. The zone where you can get punched in the face. It’s scary. So to be able to break that zone, which is what we need to take it to the ground and get close enough… You need to trust your hands.
I feel like my hands are what I really trust in; and what I really believe in that will help me get the fight to the ground. My striking is what’s helping me be more confident and get more submissions.