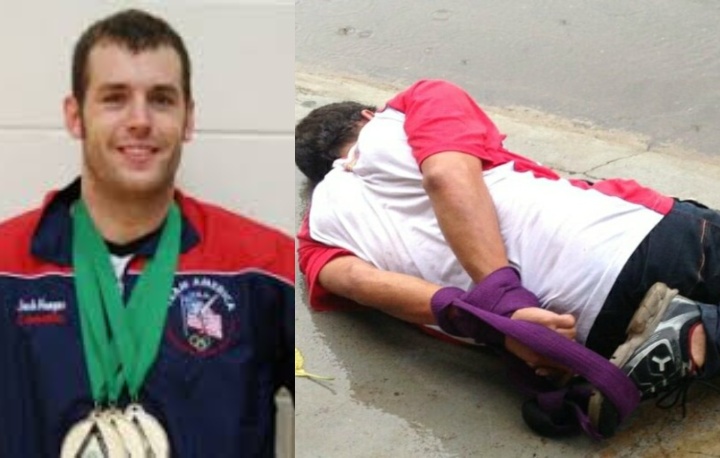 Josh Henges, of Kansas City, was able to use his professional Judo and BJJ training to disarm a man attempting to rob him Monday night, police said.

Henges was walking home Monday evening when he felt someone grab his shoulder and press a gun against his back, according to Kansas City Police Department and Fox news.

Henges is a former member of the USA Judo team and he is also a BJJ instructor.

Henges turned around, and the suspect held the gun to Henges’ forehead and told him to hand over his money.

Henges then grabbed the suspect’s shoulder and disarmed him.

He called 911 while holding the attempted robber down on the ground.

“He was in grabbing range of me. You don’t have to hurt him. You just hold him in place, and there’s no permanent injury.”

Police arrived at the scene to find the suspect pinned under Henges. The suspect was taken into custody.

Police said that the gun was in fact a BB gun.

“Henges said he has compassion for the suspect and hope he gets the help he needs.

In this video Josh Henges demonstrates a throw for a BJJ class: