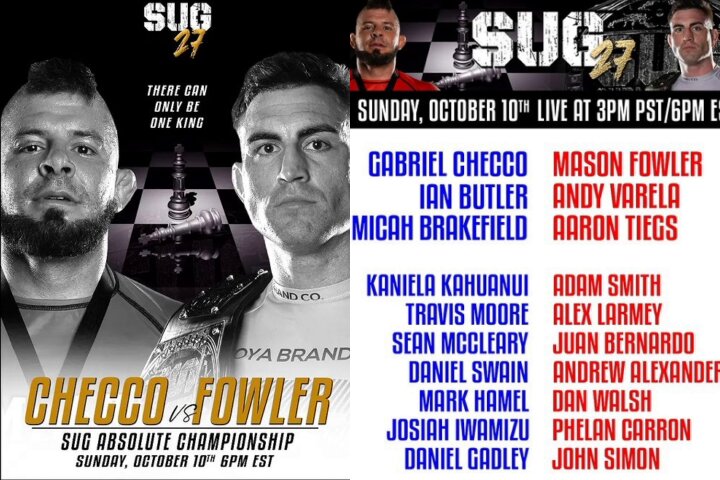 Yet another exciting Submission Underground (SUG) event is taking place sooner than you might know! SUG 27 is coming on October 10 (Sunday) and will showcase a number of high-paced matches.
Here is the full card lineup:

The main event at SUG 27 is going to feature Mason Fowler going against Gabriel Checco. Fowler is a favorite in the matchup, as he has secured his SUG title in 2020 (by beating Craig Jones) – only to defend it 7 times afterwards. His most recent match was at Who’s Number One (WNO), where he defeated Giancarlo Bodoni.
Checco is a serious opponent. Even though he is filling in for an injured Kyle Boehm, Checco competes frequently at the promotion; having recently beaten the likes of Philip Rowe and Danilo Marques. He also has 16 professional MMA fights to his name.

The co-main event is the one between Ian Butler and Andy Varela. Butler is a Bellator mixed martial arts veteran and a newcomer to the promotion, whereas Varela is a former SUG title challenger. Since he lost to Fowler at SUG 22, Varela has had two wins and one loss to his name. Like Checco, he is stepping in to replace another athlete – Carlos Condit.