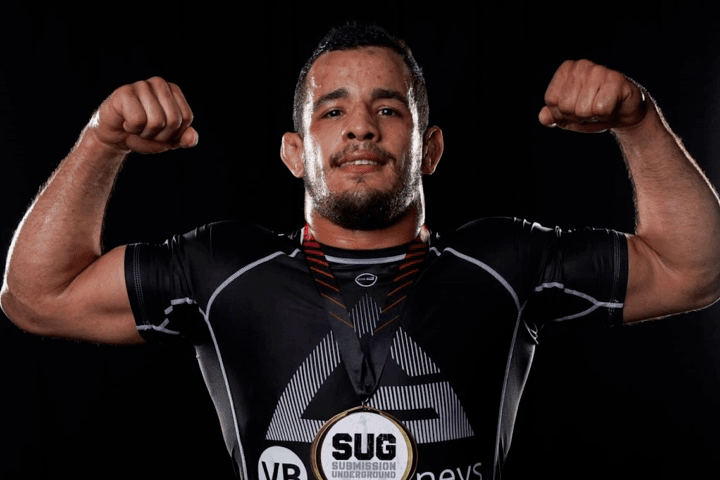 The Submission Underground (SUG) 25 promotion was one of the most exciting ones thus far. Pedro Marinho won his match in the main event against Andy Varela via Guillotine Choke, and Edwin Najmi secured a win against Jeremy Kennedy.
Here’s an overview of these two matches, as well as the results of the rest of the card.

At the main event, Varela took the initiative in the beginning by trying to get Marinho against the cage. However, his opponent got a Single Leg and drove Varela to the mats, putting on a headlock and Varela coming up to his knees in the process. What ensued was a strong scramble, with both competitors being back on their feet by the end of it.
Both athletes went on to wrestle for a takedown opportunity. Ultimately, Marinho drove Varela to the floor with a Guillotine Choke in place and successfully trapped him against the fence. His opponent tapped out and Marinho was declared a winner by submission.

The co-main event saw an exhilarating battle between Edwin Najmi and Jeremy Kennedy. The two started off by wrestling, and when Kennedy drove Najmi against the fence, his opponent brought himself up to Closed Guard. Then, Najmi started working to isolate Kennedy’s leg, but Kennedy moved away from the fence and dragged Najmi with him as he was trying to pull his knee out.
Kennedy managed to succeed in this, but only for a brief moment. Najmi locked up his legs again and went for a Toehold, but Kennedy escaped.

After that, Kennedy entered Najmi’s Closed Guard – with the key point being that there was a fence behind Najmi’s head (which prevented him from moving freely). Kennedy took advantage of this by transitioning to top Half Guard, using his foot to free himself.
However, the regulation ended with him not being able to do more from this position.

Kennedy won the coin toss for the overtime to begin with, and he chose to take the back. He locked in a Body Triangle immediately and worked on executing a choke. However, he wasn’t able to finish the submission before the first half of the first overtime round ended.
In the second half, Najmi decided to take the back. He got a Body Triangle immediately, and sneaked his arm underneath Kennedy’s chin. He got the tap in just 15 seconds.