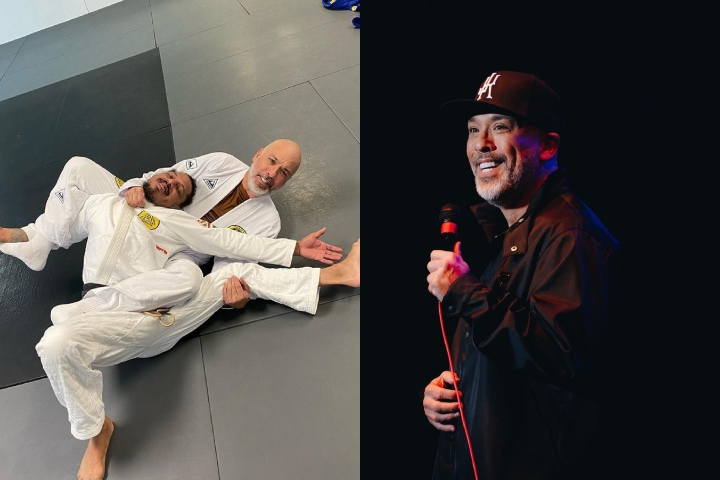 Ivan “Highlander” Jennings, a Gracie Humaitá black belt, has had a unique training partner last weekend… None other than Jo Koy, who is one of the most popular standup comedians today!

The two posted a picture of playfully training with each other, with Koy “submitting” Jennings with a Bow And Arrow Choke:

So this is a one-time stint for the comedian, right? Well, it appears not. Quite the contrary seems to be true actually, as Jennings commented that Koy is full-time student at the Gracie Humaitá academy and that he trains regularly:

Jo Koy trains the gentle art. He’s a member at our academy.

Jo Koy is a well-known standup comedian who sells out arenas around the world. According to his website, he broke a record for the most tickets sold by a single artist at 23,000 tickets and 11 sold-out shows in Honolulu.
In response, the mayor’s office in Honolulu proclaimed November 24th as “Jo Koy Day.”

With that said, Koy is now another member of the “BJJ celebrities” list. Though, he’ll probably have a long way to go until he reaches the level of skill and success on the mats that, for example, Tom Hardy has achieved.