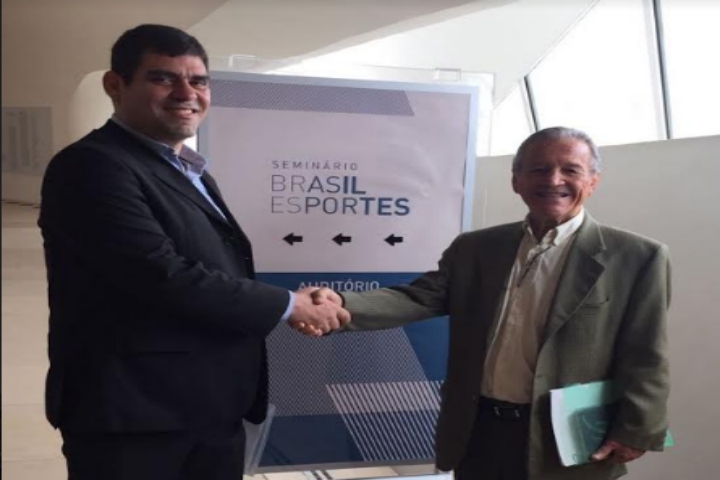 On October 4th, 2016 history was made in our sport and for the Sport Jiu-Jitsu International Federation with the partnering between our federation and the Federaçao de Jiu-Jitsu do estado do Rio de Janeiro, the founding federation of Sport Jiu-Jitsu. Today, this federation, led by President Robson Gracie recognizes the SJJIF as the true international federation of our sport and is in full support of our Olympic mission!
To fully understand the importance of this partnering and recognition we must take a step back in time to April 25, 1967 when the Jiu-Jitsu Federation of Guanabara, later known as the Federaçao de Jiu-Jitsu do estado do Rio de Janeiro, was founded in Rio de Janeiro, Brazil. The federation was established under the National Sports Confederation by five founding schools led by Hélio Gracie, Alvaro Barreto, Joao Alberto Barreto, Hélcio Leal Binda and Oswaldo Fadda. The president of the federation was Helio Gracie, the Chairman of the Advisory Council was Carlos Gracie, the Director of Technical Department was Carlson Gracie, the first Vice-Technician was Oswaldo Faddda, the second Vice-Technician was Orlando Barradas, the Director of Education was Joao Alberto Barreto, and the Deputy Director was Robson Gracie. 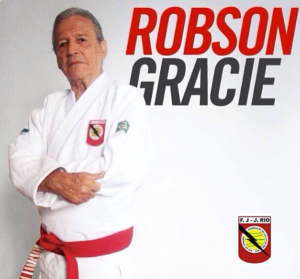 Chaired by Hélio Gracie, the founding of the Jiu-Jitsu Federation of Guanabara was the first step in making Jiu-Jitsu a sport, and not only a form of self-defense or a street fighting art. The art of jiu-jitsu began to have structure and organization, evident in the implementation of a belt system, age divisions, competition time, points, and legal techniques.

In June 1973, Jiu Jitsu was legally recognized as a sport in Brazil and in December 1973, the Jiu-Jitsu Federation of Guanabara organized their first championship, the “1º Torneio Oficial de Jiu-Jítsu do Brasil”, hosted in Rio de Janeiro at the Athletic Association Bank of Brazil. This event marked the beginning of a new era for Jiu-Jitsu as a sport, and it is this sport that the Sport Jiu-Jitsu International Federation represents.

Today, and for many years, the Federaçao de Jiu-Jitsu do estado do Rio de Janeiro has been led by Grand Master Carlos Robson Gracie who has dedicated his life to the development of the sport in Rio de Janeiro and has been involved in this federation since its founding.

Grand Master Robson Gracie is a huge supporter of the Jiu-Jitsu Olympic movement, as he believes that Jiu-Jitsu should have already been an Olympic sport if all the Brazilian Jiu-Jitsu federations and practitioners would have worked together all this time.

On October 4th, 2016 Grand Master Robson Gracie and the Federação de Jiu-Jitsu do Rio de Janeiro joined the Sport Jiu-Jitsu International Federation with the goal of further developing our sport into an Olympic sport. Grand Master Robson Gracie, together with Cleiber Maia, President of the South American Sport Jiu-Jitsu Federation, went to the Museo de Amanhã to officially sign the documents of this partnership.

Grand Master Carlos Robson Gracie believes that it is important that all Brazilian Jiu-Jitsu federations work together to protect the Brazilian culture within the sport. The evolution of our sport is a direct product of the contribution of many Brazilian families that dedicated themselves to the sport, integrating familial values, healthy lifestyles, and determination to prove the superiority of Jiu-Jitsu as a martial art. He believes that a lot of people have fought to prove that Jiu-Jitsu, Brazilian Jiu-Jitsu, Gracie Jiu-Jitsu, Sport Jiu-Jitsu are the best fighting style, and to see that today we are at risk of losing the rights of our sport to another sport organization is a shame.

“For the first time in history we see the Brazilian Ministry of Sport involved in developing an Olympic project for Jiu-Jitsu, which was developed in Brazil and is now an international phenomenon. More importantly, is the realization that the sport community is integrated in this mission, and I am happy that the cultural heritage that we have built over the last 50 years is not only being properly preserved, but it is being preserved by a group of people and federations who share this Olympic goal. This union is crucial in further legitimizing the investment of the Brazilian Ministry of Sport in the development of Sport Jiu-Jitus in our nation. Until now we have only seen disaggregated actions, but now, through unity, we are building a new reality for our sport”.

João Silva, President of the Sport Jiu-Jitsu International Federation, is honored that the founding federation of Sport Jiu-Jitsu, which has existing for nearly 50 years, is now working together with the SJJIF to realize our Olympic mission. He is more greatly honored that Grand Master Robson Gracie, longstanding president of the Federaçao de Jiu-Jitsu do estado do Rio de Janeiro’s recognizes the validity of the SJJIF competition rules, without the use of advantages or referee decisions, for fair competition. SJJIF President João Silva believes that this alliance should serve as an example to all federations of our sport to unite, so that together we can preserve our jiu-jitsu history and culture, and together make this Olympic dream a reality.