After All The Self-Hype, Dillon Danis Set For MMA Debut at Bellator 198 in April 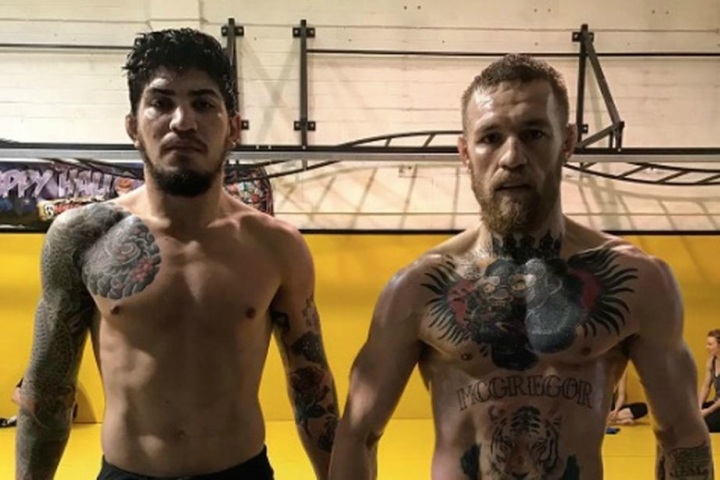 After over a year of self hyping himself as the best MMA fighter in the world even though he is still 0-0, Dillon Danis will finally step in the cage in an MMA fight.

biggest debut in MMA History. coming to a TV near you… 💰

Danis is set to make his debut at Bellator 198, April 28 against a yet unknown opponent.
The news comes just a few days after his BJJ arch rival announced his first MMA bout as well.

The BJJ black belt Danis will be heading to Dublin, Ireland and train with Conor McGregor at SBG HQ.

Danis signed with Bellator last year and has trashed talked his way to the top saying such outrageous things such as that he would wipe out the whole Bellator heavyweight division in one night:

Dillon Danis: I Would Easily Walk Through the Bellator Heavyweight Grand Prix in one Night

McGregor had this to say about Danis:

“Since he came here, he’s been non-stop in the gym. He’s ready. He’s a solid kid. Size means nothing, we’re putting him through the ringer. He’ll go in there and dominate. I feel his pace is what sets him apart from the bigger guys. Usually you go with the bigger guys and they’ll rest in certain positions or they wont have that work ethic like he does.

“He’s got my mindset, he’s like a protégé. We’ve been talking a lot about the mental side of things, I mean, all you got to do is look at his results. He went in and won that double gold at Pan-Ams. Heavyweight division. A blackbelt, he’s only a kid. That’s the mindset we bring here.”