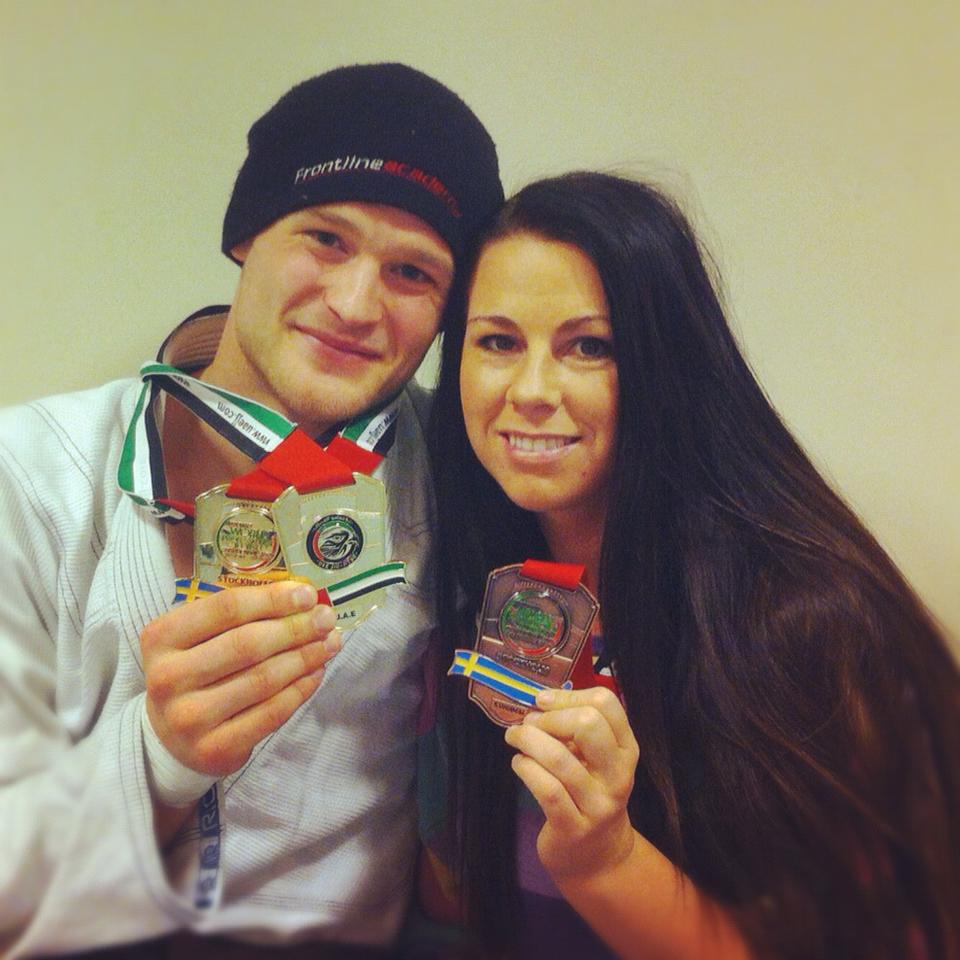 Sebastian with his girlfriend Stine

Swedish juggernaut Sebastian Brosche (check out his interview HERE) took double gold at the brown/black belt weight and absolute at last weekend’s Sweden Abu Dhabi World Pro Trials which were held in Stockholm. A large number of Scandinavian natives fought it out to win paid-for tickets to the main event in Abu Dhabi. Contestants will be headed to the spectacle in April 2013.

This was a 4 star event with travel packages only going to winners of certain divisions. In order to qualify athletes had to place in their weight divisions so that they could be entered into their appropriate absolute divisions. Only after winning the gold in the absolute would they be awarded the golden ticket.

Here are thhe next trials to be scheduled and that are coming up soon! See some of the locations & dates below!