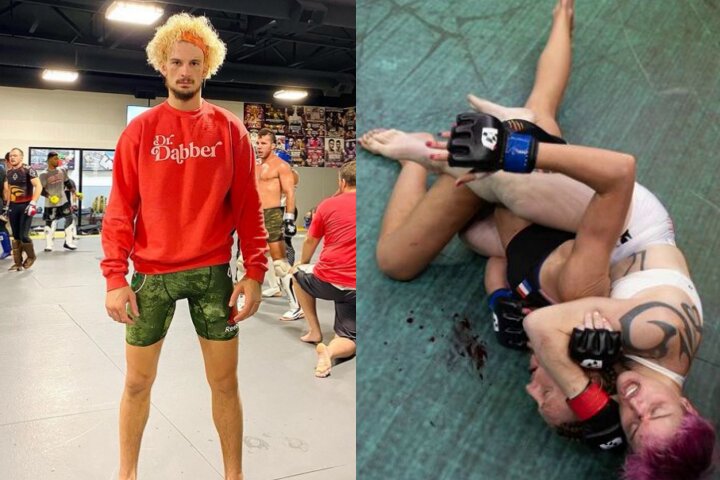 UFC fighter and BJJ brown belt Sean O’Malley is the latest of MMA fighters who have voiced their thoughts and criticisms of Alana McLaughlin – the transgender fighter who had her MMA debut against a female fighter Celine Provost, winning it by Rear Naked Choke.

In her past, McLaughlin was a male enlisted in the US military. She put on muscle, rose up the Army ranks and became a special forces medical sergeant; part of an elite, 12-man team dispatched to Afghanistan in 2007. Today, she is the first transgender athlete to openly participate in a mixed martial arts competition since Fallon Fox entered the mixed martial arts arena in 2014.
Check out the fight’s highlights and McLaughlin’s choke below:

How do you guys feel about this? #ufc pic.twitter.com/HH1TgVDGwW

In the latest episode of his podcast, O’Malley criticized McLaughlin: