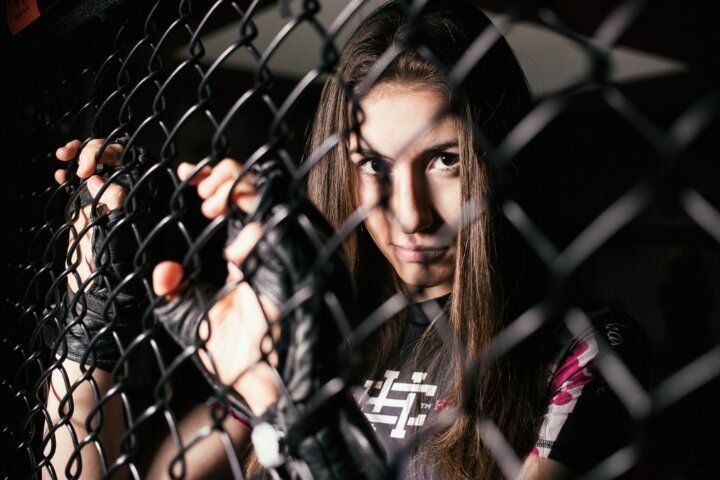 Sara Jozwiak is an IMMAF European Championship silver medalist, coming out of Poland. She is a well-respected mixed martial artist who is just 22 years old.
However, back when she was 15 years old, she used her Brazilian Jiu-Jitsu skills to disarm a man who was wielding a knife and threatening her and her mother!

Namely, as Sara was out shopping with her mother, an aggressive man blocked their way. He pulled out a knife and started threatening her, her mother, and other people with it. Then, with the help of two men, Sara took the knifeman to the ground; and controlled him there with Brazilian Jiu-Jitsu… Keeping him in place until police arrived.
She described what happened in an interview:

Two men saw it and decided to help, so we all took it [the knife] away from him and put him to the ground… He was trying to escape so I caught him with a BJJ grip and held him until the police arrived.

Even though she was only 15 years old, Jozwiak was brave enough to stop an extremely dangerous person in their tracks. It’s no wonder that BJJ, and MMA training in general, gave her the necessary confidence to do that:

Martial arts gave me the self-confidence to handle unexpected danger and not panic. Also, [through] MMA training, I’ve learned a lot of techniques which might be useful for self-defense… Self-defense is not about specific techniques, in training we are learning how to face an opponent in a real fight, so in some aspects it is similar to a street fight with [an] aggressor. Of course, the best solution is to avoid a clash but this isn’t always possible.