Ryan Hall On His Metamoris 2 Match-Up With Bill Cooper: “Bill Can Beat Anybody In The World On Any Given Day.” 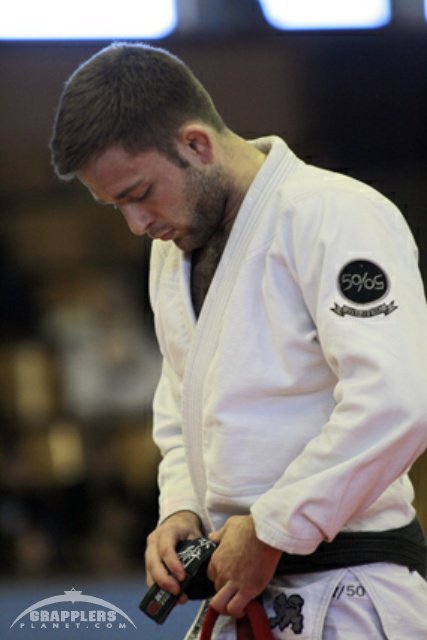 Ryan Hall is a jiu jitsu black belt under Felipe Costa and one of the best featherweight grapplers in the world. A tough competitor in the Nogi professional circuit since he was a blue belt, he has established himself as one of the biggest stars in BJJ with several medals in important tournaments such as the ADCC, World Championships (Mundial), Pan American, Grapplers Quest and many others. Ryan Hall is also the founder and head coach of the 50/50 jiu jitsu academy. (view his complete Biography from BJJ Heroes here.) Ryan talked to Cagepotato about his upcoming Metamoris 2 superfight with Bill the grill Cooper. Hall has been busy focusing his career on MMA where he trains with GSP at Tri Star Gym in Montrela, Canada. He has amassed a 2-1 MMA record, but he couldn’t let this big opportunity pass. A call from Metamoris head Ralek Gracie was all it took to make his consider :

“I got a call and was shocked when they offered me a match against [three-time BJJ world champion] Rafael Mendes,” Hall remembers. It was such a great opportunity that I spoke with Firas (from TRi Star Gym) and he understood why I wanted to take it.”

The original plan to figh Mendes was changed and a new formidable opponent was found Bill “The Grill” Cooper:

“I think Cooper is good enough to beat absolutely anybody in the world on any given day. He also sets such a fast pace and goes hard. I think that goes well with my style. The fact that he’s a bigger guy than me also makes it an even tougher challenge. Facing someone like Bill in a match twice as long as we usually get [twenty minutes] where the only way to win is by submission, that’s something I’m very excited about.”