Ryan Hall Apologizes To Garry Tonon: “I Hope He Heals Up & Returns To The Ring Soon” 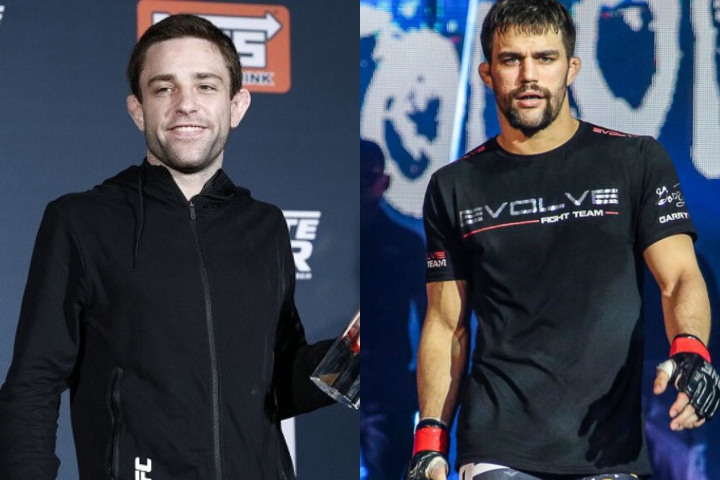 The heated scuffle between Ryan Hall, Garry Tonon, and Gordon Ryan seems to have cooled down a bit – after Hall decided to apologize to Tonon.

A quick reminder of what happened, though. Tonon lost his ONE Championship match against Thanh Le; then, Ryan Hall – who’s one of Le’s coaches and training partners – commented on Tonon as being disrespectful and dismissive. Tonon fired back with multiple comments on Hall and Gordon Ryan did so as well.
Now, however, Hall is taking it to the higher moral ground and has apologized for what he’s said.

I would like to apologize to Garry Tonon.
When I made a post this morning congratulating @thanhlemma on his performance defending his @onechampionship belt, I did not set out with the intention of kicking a man when he’s down. That said, it was clearly taken that way by more than one person and I am sorry for it.

In supporting my friend, I may have read too much into a negative pre-fight assessment of Thanh’s Jiu-Jitsu. My goal was sticking up for a buddy, but in pursuit of that, I ended up doing exactly the type of thing that I would say I’m against.

From where I’m sitting, stating that an athlete of Thanh’s level is going to “be surprised at how ill-prepared actually he is” on the mat in spite of his training partners, coaches, and personal discipline is dismissive of both Thanh and the people around him. Still, Garry says that he did not intend it disrespectfully; as a man, I have to take him at his word.

Hall went on to explain how he misjudged Tonon’s comment in line with what the “most successful grappler” (i.e. Gordon Ryan) has been behaving like on social media:

Given the well-documented history of overtly as well as sideways obnoxious behavior that has come from Garry’s teammates towards me and many, many other individuals in the grappling community, I took an uncharitable view immediately.
Case in point, the world’s current most successful grappler conducts himself like a jackass on the daily; acting like a petulant teenager who just happens to be a very dangerous and capable individual.

Passing that along to Garry, though, was unfair. I was wrong to do so.

In conclusion, Ryan Hall mentioned that he hopes that Tonon will heal up soon and come back on the mats quickly enough:

What I should have done is simply congratulate Thanh and leave it at that. Moving forward, that’s what I’ll stick to.

Hopefully we can meet up at ADCC 2022 to have an opportunity to address things in a sporting venue. Until then, I hope he heals up quickly and returns to doing fantastic things on the mat and in the ring soon.