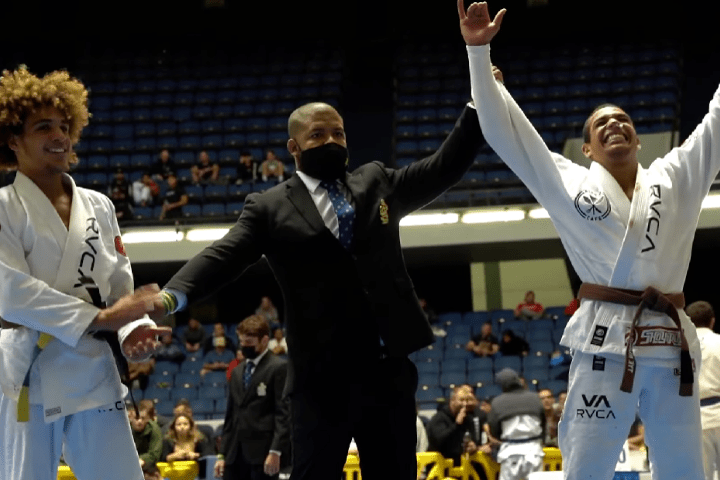 Tye and Kade – the Ruotolo brothers – are one of the best grapplers in the world. However, despite competing at various divisions (and mostly at no-gi tournaments), the two haven’t had a chance to face each other in a big competition match… Until yesterday.
The twins made it to the brown belt 2021 IBJJF World Championship final match, where they fought it out in an epic battle of skill!

A lot of takedowns and throw attempts were involved, as well as quite a bit of submission attempts. In the end, it was Tye who managed to secure an Armbar victory.
Check out their short highlight video below (starts at around the 4:15 mark):

Prior to the Worlds taking place, Kade was interviewed and asked – if he faced his brother in the finals, would the two close out?
You can guess what his answer was:

The Ruotolo Brothers sure stayed true to their promise.