Royler Gracie On Eddie Bravo:”There Are People Who Talk A Lot & Those Who Fight A Lot. He Based His Whole Career On One Fight.” 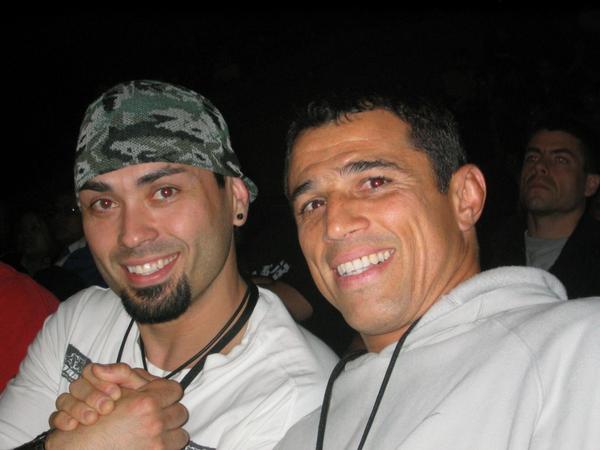 The third edition of Metamoris, with a date yet to be defined, will have feature the much awaited rematch between Royler Gracie and Eddie Bravo 10 years after their last fight in ADCC in Brazil. Royler just was submitted by a triangle from Bravo in the quarterfinals of the ADCC 2003, in São Paulo, one of the biggest upsets in Jiu-Jitsu history. In this interview with Tatame (Translated from Portuguese), Royler talked about the rematch:

“There are people who talk a lot and those who fight a lot. He is really very clever, because it is fighting me for the second time even without any title in store. Incredible! He managed to make a career on the back of a fight. But I also have to thank him. If it wasn’t for him, I would not be fighting again today, “said Gracie, that despite the defeat he had never really wanted a rematch.

“Honestly? I never had this fixed idea of ​​having a rematch because I’m not behind a specific fight. But a fight with him again is a good thing for me, “said the son of Helio Gracie, who recalled the fateful battle.

“To lose a fight we have to see both sides: the error of one and the other’s attack. And that’s exactly what happened. I was late and he capitalized on my mistake. I got over the defeat and he, 10 years ago, reaped the laurels. So what? “.

Retired from the mats for almost 10 years, the four-time World Jiu-Jitsu and ADCC champion guarantees that he will be 100% for the fight.

“I consider myself a top technical athlete and do not expect anything different from my opponent. I’m sure that in addition to being prepared and with a great desire to win, the one that will make the least mistakes will win this fight. I’ll be 100%! That’s what fans can expect. ”