Royce Gracie Excited About Conor McGregor’s Return To The Octagon 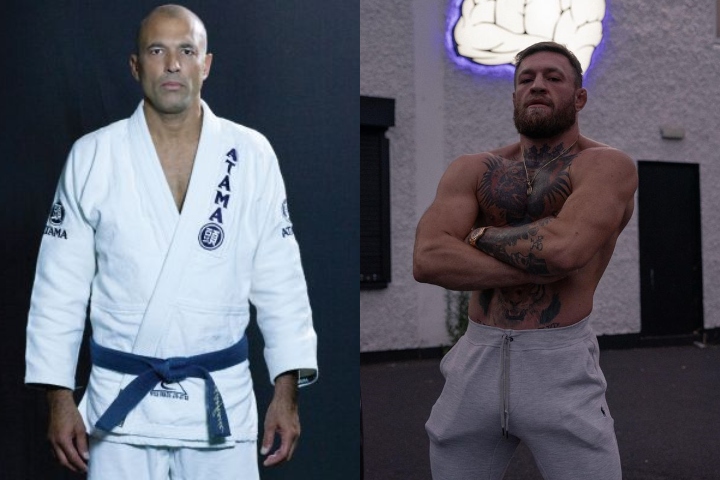 Royce Gracie, widely considered to be one of the most influential figures in BJJ and MMA, is anticipating the return of Conor McGregor to the octagon.
McGregor is expected to make his return sometime this year, after a debilitating left leg injury left him incapable of full contact training for much of 2022. In an interview for the Mirror, Royce said that he is excited for the Notorious’ next bout:

Conor McGregor can put up a show and he’s a very good fighter. Sometimes he wins fast and sometimes he loses.
People talk trash about him when he loses but hey – if you’ve never lost, you’ve never fought.

The Gracie said that he’s looking forward to the return because of Conor’s approach to fighting:

He’s always exciting to watch because you never know what’s going to happen. He comes to fight and every time he gets in, it’s a good fight.
In the beginning [of the UFC], it was “style against a style”. Today it’s not that anymore; it’s “fighter against a fighter” and who has the best strategy. So, anything can happen.

McGregor has set his eyes on a welterweight bout against Kamaru Usman. When asked if Conor can defeat Usman, Royce said:

There’s only one way to find out, that’s why we created this [the UFC].