Royce Gracie Compares Jiu-Jitsu’s Evolution To That Of Taekwondo 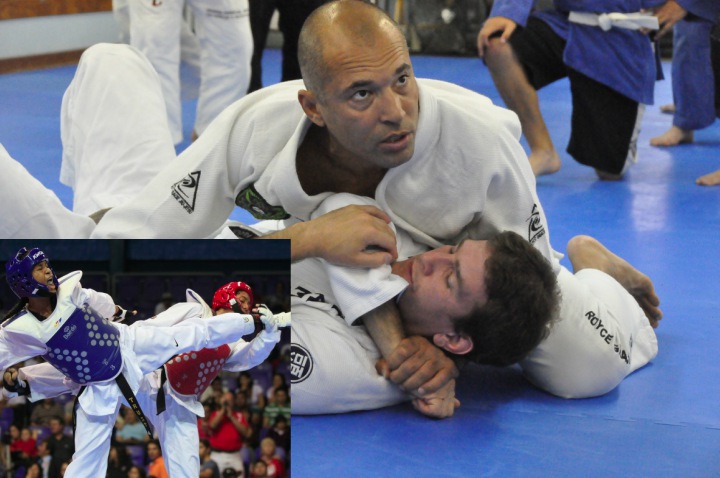 While Royce Gracie was responsible for the explosion of the MMA and the UFC, he has also competed in sport Jiu-Jitsu. His uncle Carlson Gracie, in this interview talks about his nephew’s less than brilliant career at sport tournaments. 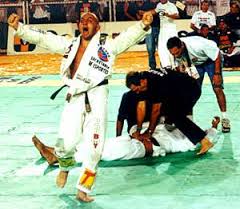 “T: What’s the reason for your disagreement with Helio Gracie?

CG: I have nothing against him, the only problem is that he’s going around telling lies, you know what I mean? He goes around saying that his sons are the biggest & best fighters in the world and that they discovered the invincibility. His students lose everything here in Brazil. OK, Royce did well in the U.S. He beat everyone there, but no one knew anything then. Here in Brazil, I’ve never seen Royce win ONE championship. He lost to everyone. He lost to De La Riva, who was so much smaller than him. He tapped out to Paschoal. He’s a good fighter, but never won anything here. He’s not this “phenomenon” that they talk about.”

Royce Gracie was recently interviewed by BloodyElbow where he talked about his view of the current situation of Brazilian Jiu-Jitsu.

What about Jiu-Jitsu, do you think it evolved at all in the past 20 years?

I think it got horrible.

Horrible. Got really-really bad in the past 20 years. It added so many rules. Like you cannot slam the guy – I just saw a fight, on the internet, somebody was fighting, one guy got the other one, I think in a guillotine. The opponent picked him up, walked, across the cage, and dropped him, knocked him out. In BJJ you can’t do that! Imagine if that fight was on the street, that’ll teach the guy. The guy picks you up, man, let it go. Don’t hang on to him. The guy went for the guillotine, he picked him up, walked across the cage, very calm, stood there, and just dove down to the ground with him. Knocked him out, won the fight. Hey, imagine if that was on a curb.

You see, so in BJJ, oh no, you cannot slam the guy. Dude, for me not to get slammed all I got to do is let it go. Let go of him. You see, if I just let go. So if a guy like in the guard – if I pick you up, for me not to slam you, all you gotta do is uncross your legs. And I would never. I can’t pick you up off the ground, it’s dead weight, there’s no way I can pick you up.

That’s the only person yeah. But he doesn’t do Jiu-Jitsu so we’re safe.