Rousimar Palhares, Leandro Lo, Others Confirmed for BJJBet 2: Who’s Next 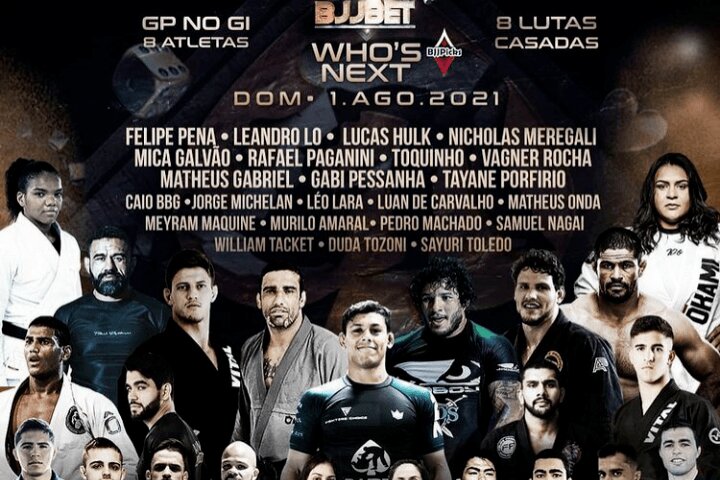 Yet another tournament is confirmed, with some spectacular names on the card! On August 1st, the BJJBet 2: Who’s Next will take place. The organization announced the athletes of the event, among them being the feared Leg Lock specialist Rousimar “Toquinho” Palhares, Leandro Lo, Mica Galvao, and others.

It’s set to be a mixed card, where in addition to one-on-one matches there will also be a No Gi GP, which will grant the champion a prize of $15.000,00.
While the exact matchups are yet to be announced, there are some fantastic names on the list that you can see below. These athletes’ matches will be distributed between the matched matches and the GP throughout the week, with an addition of two female matches happening on the card as well.

Confirmed Athletes (to be divided between the matched fights and the GP):

How do you think that this BJJBet 2: Who’s Next card will play out? What are the match-ups going to be like? Let us know!