Ronda Rousey To Feature In ‘The Expendables 3’ 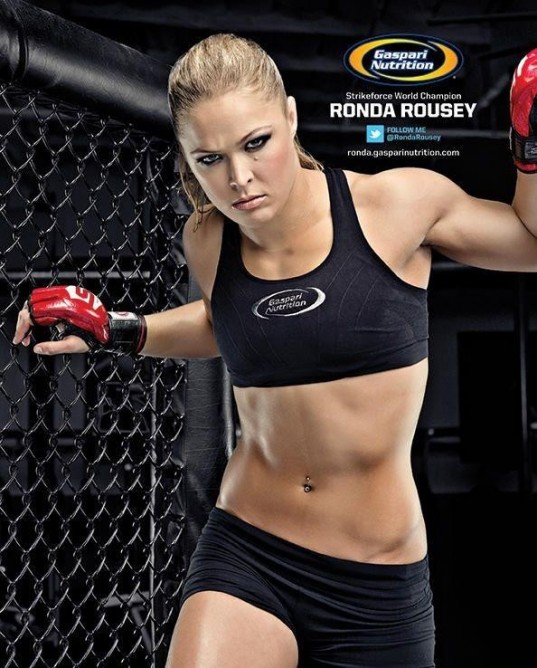 Sylvester Stallone announced on Twitter on Tuesday that UFC women’s bantamweight champion Ronda Rousey champion will join the cast of “Expendables 3,” which begins filming next month in Los Angeles.

“Ronda Rousey will show championship form in Expendables 3,” Stallone tweeted. “So will multi-champion Victor Ortiz.” The movie, which is also slated for filming in Sofia, Bulgaria, features a cast that includes Stallone, Arnold Schwarzenegger and Jason Statham.

It is unknown when Rousey’s work on “Expendables 3” will begin or how extensive a role she will have in the film, which also stars Arnold Schwarzenegger, Bruce Willis, Jason Statham, Jackie Chan, Dolph Lundgren, Steven Seagal and former UFC heavyweight champion Randy Couture – essentially a who’s who of Hollywood action stars.

The film currently is in pre-production and, according to the Internet Movie Database, has an expected release date of Aug. 15, 2014.

Rousey will not be the first UFC fighter to venture into movies, of course. Perhaps most famously – or infamously – UFC light heavyweight Quinton Jackson got a major role as B.A. Barracus in “The A-Team.” And because of his commitments to the film, “Rampage” had to delay a planned main event at UFC 107 in his home city of Memphis.

That left UFC President Dana White perturbed, and since then he frequently has questioned whether it’s wise for his fighters to pass up the money they make fighting for the money they make in the movies – which he argues doesn’t compare to their regular jobs.

Earlier this year, not long after she beat Carmouche, Rousey was rumored to be up for a spot in “The Hunger Games” sequel due out later this year starring Best Actress Oscar winner Jennifer Lawrence.

“You know how I feel about the movie stuff,” White told FUEL TV’s “UFC Tonight” earlier this year. “The hard part is, even like the ‘Rampage’ thing – when ‘Rampage’ did the movie, it was Rampage’s dream to be a part of ‘The A-Team’ and everything else. I don’t want to take away any opportunities away from Ronda, but at the same time, the thing that you have to keep in perspective is that her window of opportunity as a professional athlete is (small). She could make a zillion movies when this sport’s over. And where she’s really going to make the money is here fighting. I don’t care if she’s the lead role in ‘The Hunger Games 2,’ she would not make anywhere near, and I mean not even in the universe, to the money she makes fighting.”

A movie role would just add to her constantly expanding resume. The first “Expendables” movie made more than $100 million at the box office when it was released in August 2010. In August 2012, “The Expendables 2″ fell a little short of the original’s mark, making just north of $85 million around the world.”