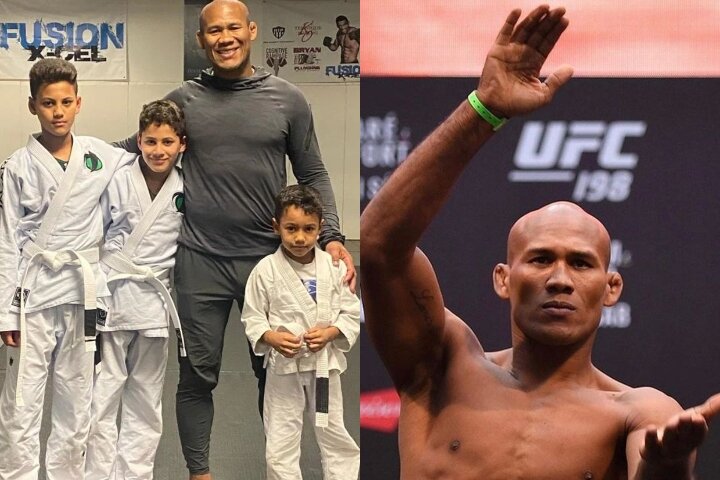 Ronaldo “Jacare” Souza – the legendary MMA fighter and BJJ champion – has retired from MMA in May last year, when he was released from the UFC after losing against Andre Muniz at UFC 262. However, it seems that he isn’t ready to retire from competition in combat sports just yet!
In an interview given to Sherdog, Jacare revealed that he couldn’t stop training and that he is planning for a boxing debut:

I couldn’t stay away from my training routine. I began to train boxing and I received a proposal to fight that I liked. But I cannot say the name of the event yet. What I can say is that my boxing is being sharpened already.
Even though I came from Jiu-Jitsu, I’ve always loved boxing. And if you see my MMA fights, I’ve always had strong hands.

Souza had his first professional MMA fight back in 2003. He went on to amass a 26-10 pro record; winning the Strikeforce middleweight championship and beating UFC athletes such as Robbie Lawler, Vitor Belfort, and Chris Weidman along the way.
Jacare is a 3x IBJJF world champion and an ADCC world champion as well. He also holds two BJJ wins against the legendary Roger Gracie; but he hasn’t competed in grappling since losing to Braulio Estima at the 2011 ADCC.