Romulo Barral, On Closing The Weight class W/ Braulio: “If I Had Fought Him, It Would Have Been Difficult…” 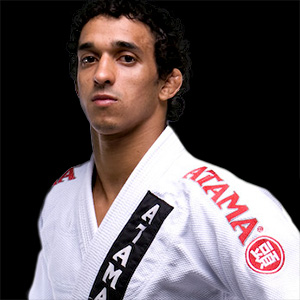 After closing the weight class with Braulio Estima in the welterweight category at the 2013 Worlds, Romulo Barral revealed that the gold medal came thanks to his resilience.

The Fighter from Gracie Barra said in an interview with tatame (in Portuguese), that he fought with a torn muscle in his leg, an injury suffered in the confrontation against Andre Galvao in Abu Dhabi World Pro, a month beforehand.

“Even with the muscle torn, I believed that I could win, and could make an excellent championship. I spent a lot of my training on physiotherapy and mental work. I managed to make a perfect championship, I suffered at no point. I can say it was a championship for me to overcome, “he said.

Friends and athletes from the same team, Romulus and Braulio reached the final together, and, after a long discussion, decided who would be the official winner.

“If I had fought with Braulio, it would have been very difficult, because he’s a beast. I was lucky (laughs). We talked a lot to decide (who would win the title), “laughs the champion. “I lived six months with Braulio in the past, we were training together twice a day. We exchanged a lot of information, and the decision was ours alone, nobody told us what to do. We decided not to fight, “he emphasizes.