Rollbot: The Brazilian Jiu-Jitsu Training Dummy From The Future 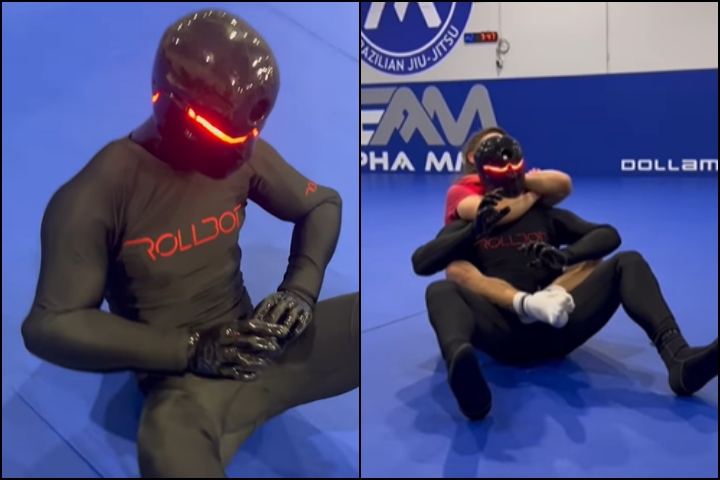 Imagine having a BJJ training dummy that you could actually put to sleep with a choke… Well, this could be a real possibility in the near future – with the Rollbot!

This next-gen Jiu-Jitsu training dummy has been made to react like a human to submission attempts. Its joints break and dislocate like it’s the case with a human body and, yes, the robot can be put to sleep with chokes when the pressure is applied to the neck (the area where the carotid arteries are).

The Rollbot was originally created by investor Sam Hon; specifically for Joe Rogan, after he discussed the idea of an “ideal grappling dummy” on the Joe Rogan Experience podcast.
In so far if the robot knows when you stop a submission and if it can understand a physical and verbal tap, the “Rollbot” answered on its Instagram page:

For elbow, knee and ankle submissions you will feel it. I’m posting a video shortly that shows what’s going on underneath the surface.
It has sensors in the neck that will let you know how much pressure you are putting on the carotid arteries. It has a speaker in the head that will play specific sounds accordingly.