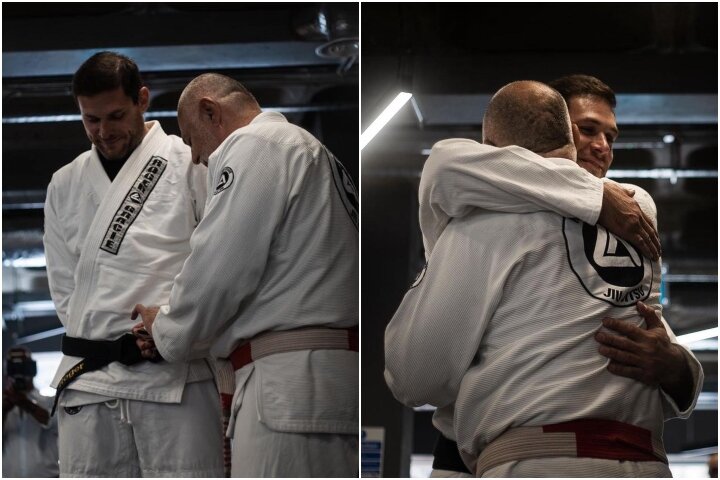 Roger Gracie is, undoubtedly, one of the greatest athletes to have ever walked Earth. And he’s, arguably, the greatest one to step on the mats – even Gordon Ryan thinks so.
Just yesterday, the GOAT has received yet another acknowledgement for all of his amazing achievements… He’s now a 5-stripe BJJ black belt!

Roger received the 5th stripe from his father, Mauricio Gomes, whose birthday is today… And has promoted a number of athletes himself:

What a special day. Receiving my 5th stripe from my father and awarding many students their new belts. Specially a few black belts.

To follow their progress over the years to finally receive their black belt is something special. Jiu-jitsu is an amazing martial art. I’m proud to be part of its history.
And today is my father’s birthday. Happy birthday, old man!

How did Roger Gracie become so good, you wonder? It’s simple, really – it’s his mindset:

I think that – there’s no doubt about it – what separated me from the other guys is my mind. That’s what separates people who achieve something really big from everyone else that’s trying [to do that].

So, how come that some people push themselves so much further than the rest? It’s 100 percent due to their mentality. [Because] your body can only push to a certain limit. After that, it’s only the mind.

Roger Gracie: “What Separated Me From The Other Guys Is My Mind”