Roger Gracie: “Jiu-Jitsu Is My Passion, But At The Moment MMA Is My Priority…” 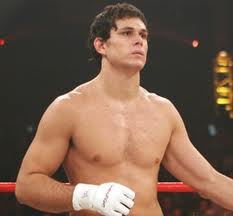 Roger Gracie isn’t hiding that his priority at the moment is MMA. The fighter is trying to juggle his career with Jiu-Jitsu, which has been losing ground gradually. His signing with the UFC should further increase his distance with the mats. He says that he would most probably not make it to the next World Championship.

“I think so ( that chances will be less after signing with the UFC). This is something I’ve been reconciling a long time. I training in Jiu-Jitsu and MMA and being at the top in both is not easy. It’s hard to keep up with strong preparation in both. It will be the third year that I probably will not fight the Worlds. Jiu-Jitsu is my passion. I think the most physically challenging thing about fighting in kimono are hours on the mat. My priority is MMA, but have not forgotten about Jiu-Jitsu. ”

The 3x World champion at weight and absolute, is the leading name in the gentle art. He praised the adoption of drug testing in the next Pan American, which will be held in March in the United States.

“I see this as a step forward for Jiu-Jistu . Today many guys are very strong and athletic. You can think whatever but you can see them being physically different. Many top fighters use anabolics, you can see the physical strength, even more by the number of matches that exist in the championships. Dope testing will make it even with the “clean” athletes. If you can control PED use, the titles will be changing hands.”