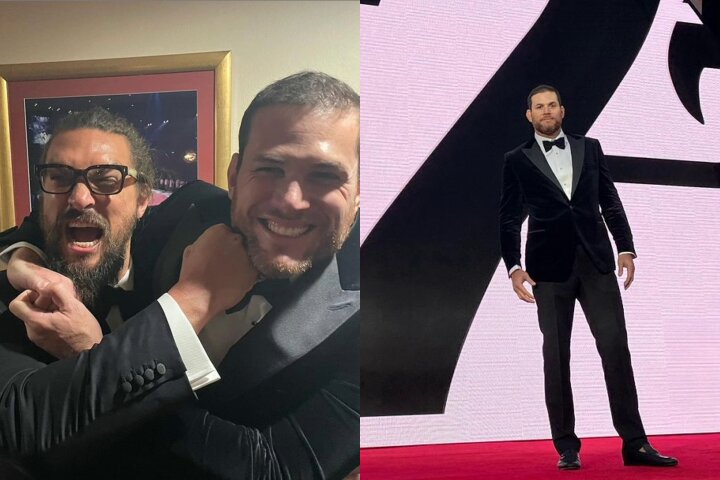 When you’re successful in what you do, you attract other successful people to you. That saying was shown to be true for the one and only Roger Gracie; a Brazilian Jiu-Jitsu icon who’s recently had an opportunity to attend a premiere of the new James Bond movie “No Time To Die”… And to hang out with the Hollywood star Jason Momoa!
Check out the legendary Gracie have a good time with the Hollywood actor below:

But… How did Roger find his way to be one of the few people who were chosen for watching the premiere? There’s no clear answer, but it should be noted that Roger’s name is known well beyond the immediate Jiu-Jitsu community.
For example, Henry Cavill – Hollywood’s most recent “Superman” – has trained BJJ under Roger himself. Plus, the Gentle Art is growing in popularity among other actors as well, such has been the case with Freddie Prinze Jr. and Ashton Kutcher.

Other “popular” individuals have been infatuated with BJJ too, like Demi Lovato (who quit training when she earned her blue belt). Dave Mustaine – Megadeth’s frontman – earned his purple belt at 59 years old. Additionally, Action Bronson has started his Jiu-Jitsu journey recently as well, which has helped him shed excess weight.