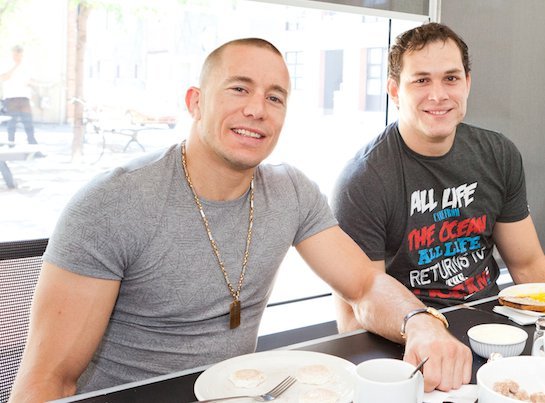 Roger and GSP rolling in the gi at Roger Gracie Academy in London. GSP is a BJJ black belt under Gracie Barra. You can also see Nic Gregoriades rolling with Oliver Geddes in the background: